The best climatologists in the world they released a report full of mathematical models and warnings just this week.

Catastrophe is ahead of us, but scientists also insist that the world still has a chance to avoid the worst effects of climate change.

"It is still possible to prevent most of the disastrous impacts, but that really requires unprecedented change," he says Ko Barrett, vice president of Intergovernmental Panel on Climate Change. How?

The greatest feat in history

The idea that there is still a way to go, I think, is a point that should give us some hope.

The "salvific" scenario in which the dangerous changes in the world climate eventually stop is the product of gigantic computer simulations. They are called integrated valuation models.

Mathematical models that show how to save us

There are half a dozen major versions: four developed in Europe, one in Japan and one in the United States, at Pacific Northwest National Laboratory.

"What we are currently doing is trying to explore what it takes to achieve the Paris goals," he says Detlef van Vuuren, of the Dutch Environmental Assessment Agency, which developed one of the models.

Because this is precisely the question that everyone is asking these very accurate simulations of the world economy: how do we save our lives?

How to eliminate greenhouse gas emissions in 40 years

The company requires, as mentioned, profound changes. That's why van Vuuren and colleagues turned to their mathematical models for help. "How is it possible to achieve zero emissions?" they asked. And they did it for transportation, housing, electricity etc.

How did the researchers get an answer?

Each of these models starts with data on current sources of greenhouse gas emissions. They include cars and buses, rickshaws, airplanes, power plants, household ovens, and rice paddies. The models also include assumptions about international trade, prices and costs of new technologies.

Scientists have "forced" these models to change course, introducing limits on greenhouse gas emissions. The models have therefore tried to satisfy this need in the most convenient way, as long as it is technologically feasible and without limits such as the consumption of land or other natural resources.

The good news is that the models have found a way, indeed different, to achieve that goal.

“The models tell us that there are, first of all, possible alternative routes; that there are choices available to the decision maker, ”he says.

Different models, starting from different assumptions, arrive at contrasting visions of the future world. But they are all dramatically different from today's situation.

For some we will change habits

Some models they show people responding to higher energy prices or government regulations by changing their lifestyle. They move into more energy-efficient homes and give up their cars in favor of a new and better kind of public transport. In addition to traditional bus lines, they use services such as Uber (prospectively also autonomous vehicles), taking people where they need to go.

Riahi (and I) like this version more. "I am convinced that a fundamental restructuring on the demand side would also lead to a better quality of life," says the scholar.

Other scenarios: the "great energy race"

Other models they start from the consideration that people will still use a lot of energy, which in turn will require a huge boost in the production of clean electricity. It means covering 10 to 20 times more land in solar and wind farms than it is now, plus power plants that burn wood or other biofuels, equipped with equipment for capture and store CO2 which is released.

An obstacle to the realization of these models? Individual policy and preferences

Riahi is quick to point out that what happens in the models may not be feasible in real life.

The models do not take into account, for example, the obstruction of politics, or human preferences. People may simply want to drive an expensive car instead of taking public transport, even if the choice is not economically rational.

But the models can also be too pessimistic, particularly about technological innovation.

Ten years ago, van Vuuren says, they never predicted the rise of cheap solar energy. "We have been in the extremely fortunate situation where the cost of renewable energy has fallen rapidly over the past decade." This has made the task of reducing CO2 emissions much easier, but it is up to us.

For all their limitations, the models are the best we have

Despite all their shortcomings, these models remain the primary way scientists and policymakers identify options for the future. Most importantly, they quantify trade-offs and consequences that may not be clearly evident.

If countries want to turn trees or crops into fuel, for example, they show the consequences: less land for growing food or natural forests.

Furthermore, the models make it clear that international cooperation is essential, with rich countries helping poorer countries reduce their emissions.

The results of the computer modeling are like maps that are perhaps a little blurry, but that indicate paths that could help the world avoid disaster. 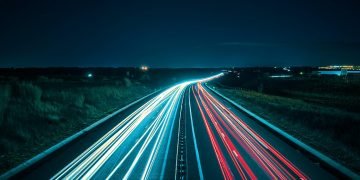 The world will not be as it was before. Let's get ready to take it on this new path by limiting the damage and aiming for the best ....