From sweat or from the pressure of the fingertips, a wearable device generates energy in an extraordinary cost / yield ratio. 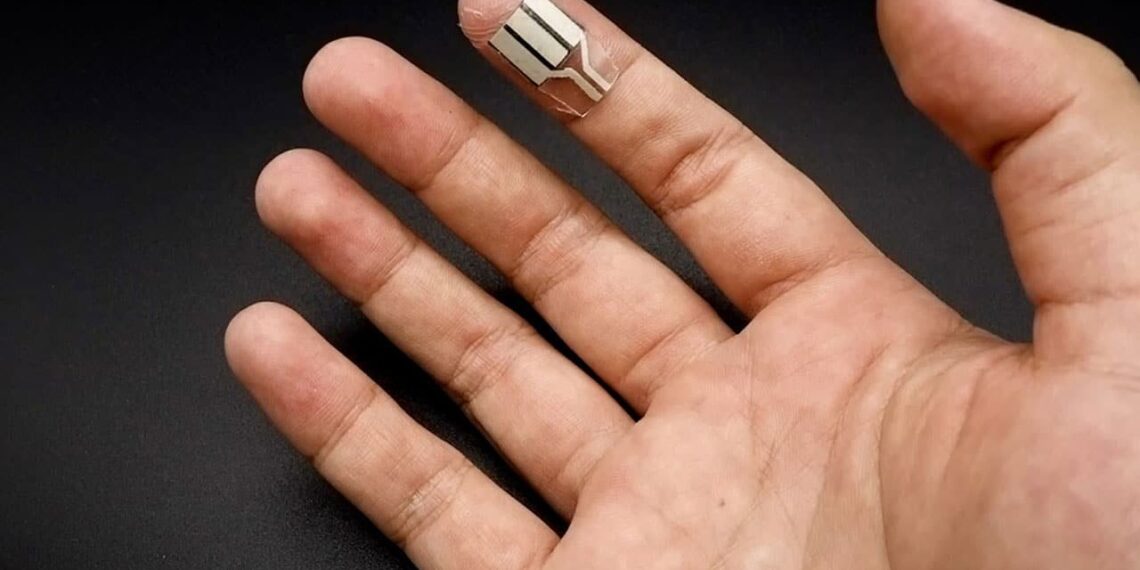 Engineers from the University of California have developed a new wearable device which can be a power source for small electronic devices and sensors. The device is a thin, flexible strip worn on the tip of a finger that generates small amounts of electricity when a person's finger is beaded with sweat (i.e. ALWAYS) or exerts pressure.

"Unlike other sweat-powered wearables, this one requires no exercise. No physical input from the wearer to be useful," says the researcher. Lu Yin. "This work is a step forward in making wearables more practical, affordable and accessible to the masses."

Energy from fingers (and sweat)

The sweat-powered device consists of a thin, flexible strip that can be wrapped around the fingertip like a band-aid.

It has a padding of carbon foam electrodes that absorb sweat and use built-in enzymes to trigger chemical reactions between the lactate and the oxygen molecules within it to generate electricity. Under the electrodes there is also a chip made of piezoelectric material which generates more energy when pressed. The electrical energy is then stored in a small capacitor and discharged into the devices when required.

The device draws much of its power from the sweat produced by the fingertips, which are one of the sweaty points on the body; each is rich in addition a thousand sweat glands and it's a 24/24 sweat factory.

Energy even in sleep, or by typing on the keyboard

In one experiment, subjects wore the device on one finger during 10 hours of sleep, generating almost sweat 400 millijoules of energy. That's enough to power an electronic wristwatch for 24 hours. Plus, from an hour of random typing and mouse clicks, the device nearly picked up 30 millijoules.

Compare this to a device that collects energy while exercising. When running, it takes hundreds of joules of energy to burn just for a device to generate millijoules of energy. It is a very low yield. With this device, the yield is very high. Generates energy from sweat even when you sleep. The pressure of a finger, then, "costs" only half a millijoule.

In other experiments, the team used their new sweat energy collector to power sensors and chemical displays. To be precise, a vitamin C sensor and a sodium sensor. They are now working to make it more efficient and hope to create a new generation of self-powered wearable systems.

"Our goal is to make it a practical device," says the developer. “We want to show that this isn't just another cool thing that can generate a small amount of energy, and that's it. We can actually use the energy to power useful electronics like sensors. "