A theater that is no longer a theater, for spectators who are no longer spectators. Illuminarium is this, and it will be part of the future of entertainment. 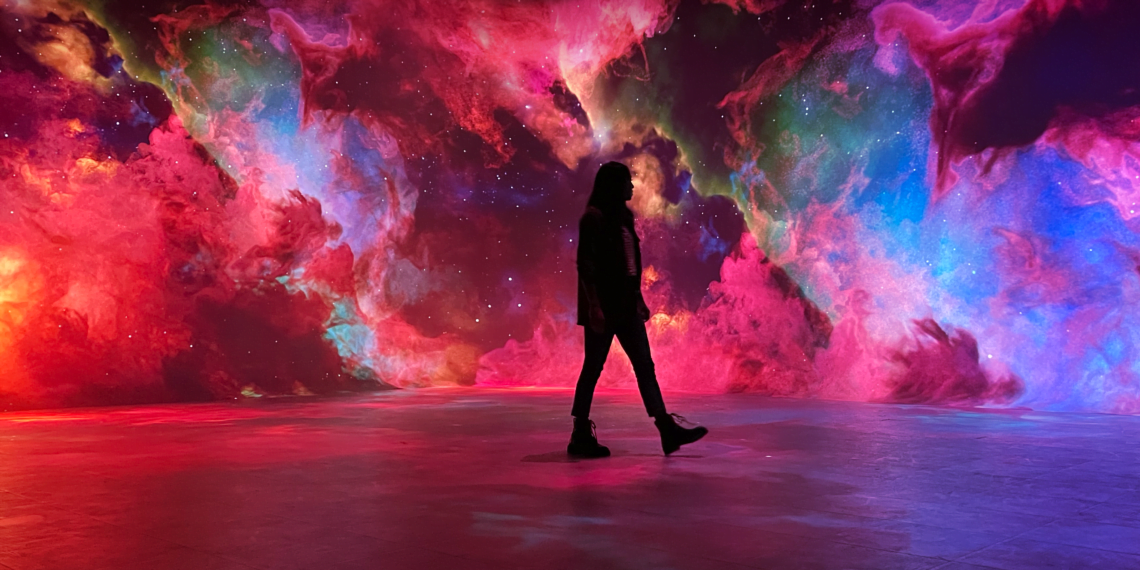 When you enter this “theater” you can watch the show as if you were an integral part of it.

See the show with the best projection systems, listen to it with the most advanced audio systems. You feel it through the low-frequency touch systems in the floor and various sensory systems. And above all, you influence him. You are part of the storytelling through interactive technology based on TO DEAL.

Put all this together and you will understand how this theater is capable of capturing our attention in a way never experienced before in similar places.

It is called Illuminarium. And it is not a theater. Oh yeah?

A revolutionary multimedia theater that promises to transport users into immersive virtual environments. From the plains of Africa to deep underwater environments to journeys to other planets, each scenario can be experienced without the need for visitors to wear VR glasses to enjoy them.

The spectators-interactors walk in a sort of large tunnel covered with high-definition video. Interactive content is projected onto walls 6 meters (22 feet) high and more than 100 meters (350 feet) wide. It all comes complete with a plethora of high-end special effects, floor vibrations and even scents.

Imagine something between a next-generation Imax and a cutting-edge exhibit in a theme park, and you're still nowhere near it.

A theater for a new millennium

The Deus ex Machina of Illuminarium his name is Alan Greenberg. Longtime entrepreneur, Greenberg speaks enthusiastically about a facility that has already raised $ 110 million in funding.

He's not entirely wrong to be proud. His creation is designed to “take the audience everywhere”.

The best of the best

One of Greenberg's most important creative assets in the project is called Brian Allen. He is responsible for Illuminarium technologies.

I think we are at a point where different technologies (audio, video, lighting, interaction) manage to create something very, very interesting for the audience.

One of Allen's jobs is to go around the world hiring technical partners who can lend their expertise. You need it for everything from stunning video projections to hyper-localized audio to lidar that can detect where visitors are and trigger interactions based on what they're doing.

“I couldn't just go to a manufacturer and say, 'Hey, I want to buy your product,'” says Allen. “I went to these producers and said, 'Hey, I need a relationship with you. Because where we are going, we must go together. ' These suppliers not only had great technology, but great foresight on what is going to happen in this type of theater ”.

Illuminarium calls “spectacles” those that are in fact largely immersive experiences such as. The first will be a Safari that will take visitors across Africa. After this will come a spacewalks show, still currently in production. "Literally, guests will walk on the surface of the moon," Greenberg explained. "And when they do, you will raise no moon dust and leave footprints."

The goal, he said, is "to democratize the most extraordinary experiences in the world" (and those out of this world, obviously).

That's not all, though. With the same “liquid” capacity to host different scenarios, Illuminarium changes its own destination. “We do our big shows during the day,” says Greenberg. “But at night, we flip a switch and we become a bar. Imagine walking in and having a drink at the bottom of the ocean. Then come back two weeks later and you are in the Shibuya night market. Two more weeks, and you are in the Himalayas ”.

The first Illuminarium will open in Atlanta next month. A second one will follow in Las Vegas at the end of the year. In June 2022, the third in Miami. Plans for a theater are also underway in Mexico, Spain, New Zealand, Australia and China.

For now we have to be satisfied (so to speak) with the space that is closest to Illuminarium in terms of versatility and immersion: it is called EmotionHall, is the multimedia arena desired by INGKA Centers (the multinational that manages the IKEA brand and its shopping centers). It is located in Gorizia, and these days you can enter it to walk around… in Van Gogh's paintings.

Get ready, because the world will be an illuminated theater. 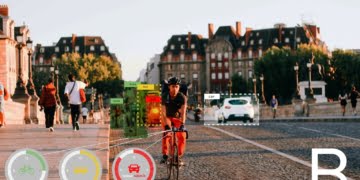 ADAS road safety systems are about to be tested on the bicycles of the future, I allow cyclists to move in ...