A French team is testing which fish eggs are best suited for launching on the moon. So far, the European sea bass is among the leaders. 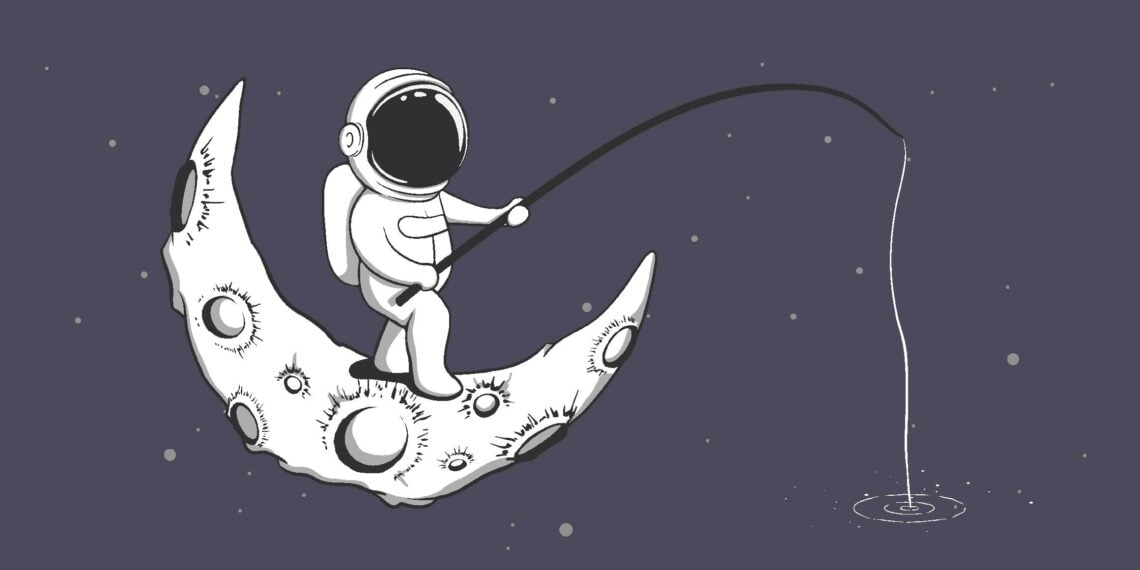 A little dip for sea bass, a big meal for humanity? In France it is time to test for fish on the moon.

The sea bass eggs, all 200, have been placed in their module and ready to go to the moon. The ground crew counted them carefully and hermetically sealed them in a sort of deep dish filled to the brim with seawater.

Countdown and then off you go!

For two full minutes, the precious eggs are shaken vigorously, while the rocket's engines run at full strength. This is followed by eight minutes of intense shaking, but the worst is over: the embryos of these fish are on their way to grow and multiply on the Moon.

Yeah, ok, it hasn't happened yet. But after the recent simulation designed to exactly recreate the stresses of a typical rocket takeoff, the researchers found that the eggs survived.

It is a crucial discovery for Lunar Hatch, the program that aims to determine whether astronauts will be able to successfully farm fish in future missions (and bases) to the moon

Cyrille Przybyla, an aquaculture researcher at the French Research Institute for Sea Exploitation, leads the research. He dreams of designing a lunar fish farm that uses water already present on the moon to help feed the residents of the future Moon Village conceived by the European Space Agency (ESA).

The Lunar Hatch project is just one of around 300 ideas currently being evaluated by ESA and to be selected for the final mission. Przybyla's hope is to offer residents on the moon fresh, mouthwatering, protein-rich food, not just packets of freeze-dried stuff.

I proposed the idea of ​​sending eggs, not fish, because the eggs and embryos are very strong.

Not all fish are suitable for ending up on the moon

So far, the project's experiments have been a success, but they suggest that not all fish are equally suited to the mission.

To begin the search for the perfect astro-fish to serve on the moon, Przybyla and her colleagues narrowed a list of hundreds of species down to a handful. Criteria? Fish with modest oxygen requirements, low carbon dioxide production, a short hatching time and strong resistance to charged particles, as life forms are exposed to radiation during space travel.

They therefore decided to probe the integrity of the eggs produced by two species: la European sea bass (dicentrarchus labrax) is the umbrella boccadoro (argyrosomus regius).

The egg containers were initially shaken using an instrument called an orbital shaker: the first test passed brilliantly. Much stronger stress followed with a different machine that simulated the launch of a Russian Soyuz rocket.

Extreme conditions: The team claims that no rocket to go to the moon predicts worse jolts.

After the two stages, 76% of sea bass eggs continued to hatch. A result not far from the success rate of 82% of the control samples, who remained "on the ground" and not "on the moon".

Compared to sea bass, Ombrina eggs fared even better: 95% of the shaken eggs hatched compared to 92% of those in the control group.

The ideal candidates for life on the moon

Przybyla suspects that, having evolved to withstand the adversities of aquatic environments, fish eggs are naturally ready for space.

In addition to the nutritional benefit of moon-raised fish fillets, Przybyla suggests there will be other benefits for astronauts who one day find themselves raising animals in space.

“Psychologically, it's best to have a reminder of the Earth: a garden, a fish tank and whatnot,” he says.

Luke Roberson, a researcher at NASA's Kennedy Space Center in Florida, agrees. Astronauts living on the ISS also regularly spend time tending to the plants that grow on board.

Add a fish or pet invertebrate - it adds another level of psychological benefit. It makes us feel more human

The design of autonomous and self-supporting systems for food production beyond the Earth will be crucial for future space exploration programs. And the Przybyla study is a great first step to show that aquaculture on the moon can be a vital part of that future.

The sea bass it is an interesting choice because it is tolerant to different levels of salinity. It could potentially be bred with waters derived from other systems that use water from the lunar environment to produce hydrogen-based rocket fuel.

However, there may be an even more appropriate choice: Roberson and colleagues recently considered the pros and cons of various species as candidates for aquaculture on the moon. Invertebrates such as mussels and shrimps may take up less space and provide more calories.

A shrimp cocktail on the moon: and are you still wondering why it is better to be optimistic?

The creation of robotic flocks is done.DEAnsect is a robot insect capable of moving with special actuator "muscles" and ...