Small portable nuclear reactors to continuously power vehicles and installations without connecting them to networks: the Pentagon plan takes off. 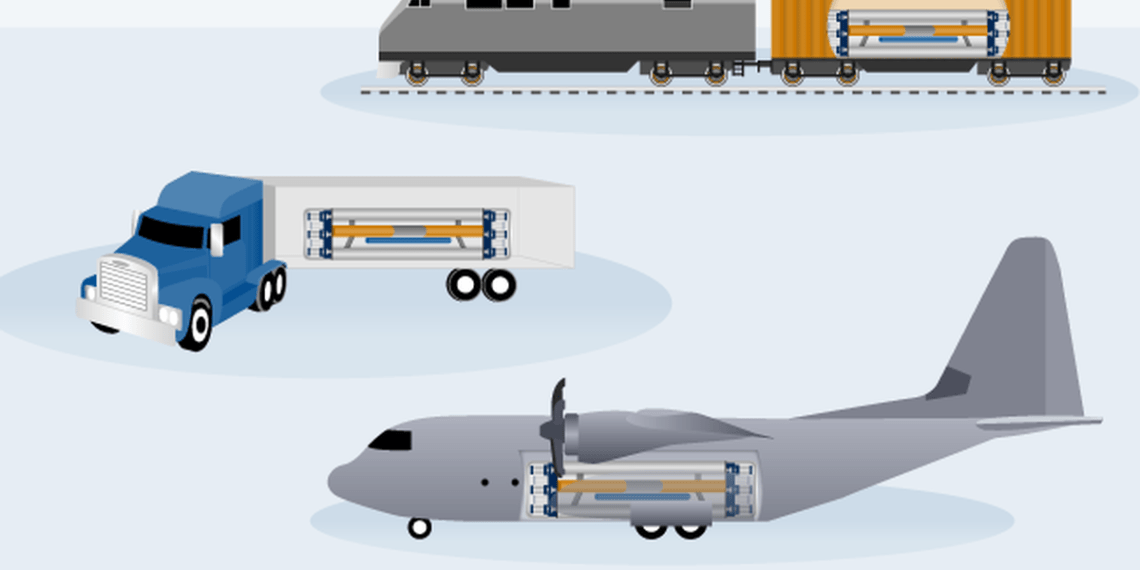 The US Department of Defense is moving forward with its effort to develop small portable nuclear reactors. The concepts selected by the Government Accountability Office show potential ideas for transportation and distribution.

Il Pentagon has focused on two companies to advance the development of portable nuclear reactors for military use in the field, and perhaps in the future for civilians.

BWXT Advanced Technologies e X-energy LLC are the companies in America chosen by Washington to continue with the Pele project.

What is the Pele project

It's the Pentagon's plan to develop a one to five megawatt reactor that can last at least three years at full power. The significance of these intentions by the American pentagonal building is easily understood. Among the specifications, the ballasts must be designed to operate within three days of delivery and to be safely removed in as little as seven days if necessary.

The final design of the portable mini nuclear reactors will be presented in 2022. At that point the department will decide whether to move forward with actual testing of the systems.

“We are thrilled with the progress our industrial partners have made on their projects,” he says Jeff Waksman, program manager Project Pele, in a statement from the United States Department of Defense. "We are confident that by the beginning of 2022 we will have projects at sufficient status for possible construction." A goal that the Pentagon pursues with determination. It is part of a major funding package, which also includes anti-terrorism programs for major cities like New York.

The pentagon and nuclear power

In the destiny of the pentagon, nuclear energy appears since its creation. Among the curious things that you may not know about this characteristic pentagonal-shaped building, there is one in particular about nuclear power. The construction of the American pentagon was entrusted in August 1941 to the colonel Leslie Groves, an officer in the Army Corps of Engineers. Groves used to work six days a week in his Washington office, and inspect various projects on the seventh day. Well, Groves directed both the construction of the Pentagon and the Manhattan Project, the American effort to build an atomic bomb.

The US Pentagon has long considered nuclear power as a potential way to reduce both its energy cost and its reliance on energy grids. According to a press release, the Defense Department uses "about 30 Terawatt hours of electricity per year and nearly 38 million liters of fuel per day."

According to a technical report As of October 2018 by the Nuclear Energy Institute, 90% of military installations have “an average annual energy consumption that can be met by an installed nuclear power capacity” of 40 MWe (electric megawatts) or less.

Portable nuclear reactors: will they bring nuclear power back?

Whether nuclear power proves to be a way forward or not may depend on whether the taboo surrounding nuclear power can be eased. As for me, if I look around for "portable nuclear" I find wikipedia and the "backpack nuclear bomb".

Either way, we won't have to wait long to find out: the deadline for these portable nuclear reactors is 2027, and the Pentagon isn't just a geometric figure.