Facebook is coming up with a jaw-dropping wrist controller, which almost seems to read thoughts and dominates augmented reality. 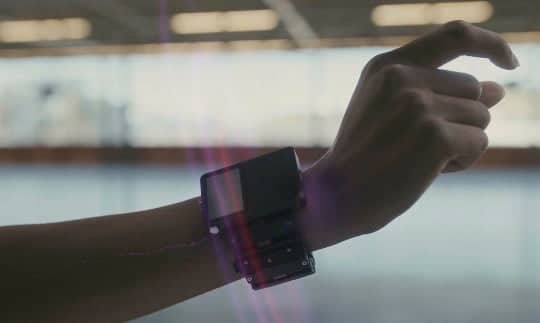 Augmented reality and wearable devices are growing visibly. Therefore it is not surprising that Facebook has developed a new smart bracelet that can act as an augmented reality controller. It is surprising, and very, HOW this new toy works Project Aria.

The Menlo Park giant's new smart bracelet relies on sensors that receive electrical nerve signals on the wrist to interpret hand movements. It's a process known as electromyography, or EMG, and it actually turns thoughts into action. This allows you to interact with the virtual world simply through subtle finger movements.

Reality on the wrist

Surprising, right? But fear not: this controller he will not read your thoughts. Just a few, practically. Imagine the way you take photos and choose to share just a few. In this sense, you may have hundreds of thoughts but choose to act on only a few. When this happens, the brain sends a signal to the body, telling your hands and fingers to move in a specific way. The brain, the first true controller, tells the hands to start moving to write, and the hands execute.

This AR smart band will work by decoding those signals and translating them into commands for your device. Therefore, you don't have to fear that the controller will do whatever you think - the amazing thing is its ability to distinguish between simple thoughts and intention to act.

What are the advantages of this wrist controller for augmented reality?

Using an EMG that is so accurate that you can understand and interpret finger movement can lead to a world of new benefits. One of them is that you may not need to force yourself to lift a finger for some useful action. Thinking of typing on a virtual keyboard at a much faster speed than using a mechanical keyboard would make it one of the best productivity tools. Or again: imagine browsing a site with lightning speed, or interacting in a virtual reality environment.

Currently, Facebook is setting the stage for using this EMG-based controller. But an interesting principle is what they call "smart click". Allows you to click on a menu only by moving your fingers, without pressing any physical buttons. Interesting for those who work long hours at the computer risking joint pain and carpal tunnel syndromes.

A controller that adapts to what it knows about you. I don't dare to think what comes next.

There is a whole world of possibilities this smart band could unveil. Are you ready to have such a controller on your wrist?