Measuring blood sugar without needles and with a wearable device such as a smartwatch: many have tried and failed. Quantum Operation will try again. 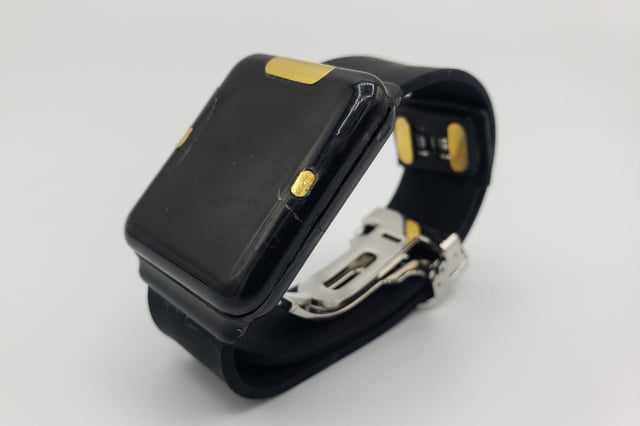 A Japanese startup at CES2021 claims to have solved one of the biggest problems in medical technology: continuous non-invasive glucose monitoring to measure diabetes.

Quantum Operation IncA Japanese startup says its wearable prototype can accurately measure blood glucose without needles from the wrist. The others, to make things clear immediately, fail to measure blood sugar without punctures.

The prototype, very similar to an Apple Watch, is equipped with a small spectrometer to scan blood and measure blood sugar. Quantum's presentation adds that the watch is also capable of reading other vital signs, including heart rate and ECG.

The company claims that the plus of the device is in its patented materials incorporated into the watch and strap. To use this needle-free meter, the wearer simply has to slide the watch and activate monitoring from the menu, the data is displayed after approximately 20 seconds.

Insulin tablets can change the lives of people with diabetes

Quantum's goals are to sell its hardware for needle-free blood glucose measurements, and build a big data platform. Collecting and examining the vast treasure of information generated by patients wearing the device can provide innumerable insights into scientific research.

Measure blood glucose without needles, comparison with devices already on the market (which have needles)

Quantum Operation provided a sampling of its data versus that made by a commercial finger-prick monitor, the FreeStyle Libre. And there appears to be considerable variation between the wearable device and the Libre. This, for now, could be a big problem for someone used to measuring their blood sugar by counting on accurate readings to determine their insulin dosage.

Non-invasive glucose monitoring is something of a holy grail for the medical industry and for major wearable device brands.

After all, one in 11 people are diabetic and this figure is bound to increase.

Needle-free blood glucose measurement: the state of the art

Over the past five years, companies like dexcom e Abbott they even found ways to connect these monitors to smartwatches for easier tracking.

Glucometer machine, strips, gauges, so on and so forth. Of course, the wearable device industry has long been looking for a simpler, less invasive way to measure blood glucose without needles and take a slice of the market. Among the very first to appear, there is an Italian patent (Glycolaser) dated as far back as 2012.

Unfortunately, no company has been able to successfully demonstrate a working buy version of this technology, at least not to a commercial standard.

in 2017 PKVitality introduced a watch that had a set of 0,5mm high needles on the back to collect interstitial fluid from the skin. But this can hardly be called "non-invasive".

A reader device to obtain data without puncturing: everyone tries

Apple has also been working on a platform to measure blood glucose without lancing devices since before Steve Jobs died. in 2018, AppleInsider has found a patent for the Cupertino company, related to the electronic use of absorption spectroscopy to measure blood glucose without piercing the arm. Iwatch Blood Sugar: Sounds cool, huh? But nothing has been done about it.

Even earlier (maybe too much), in 2013,the C8 MediSensors has failed in the task of providing reactive measurements without pricking itself with needles after raising a whopping $ 60 million from companies like General Electric.

The problem for everyone? The extreme variability from person to person

A technique called Raman spectroscopy provides some promises. A team of researchers from the University of Missouri and MIT found that a laser, through a fiber optic cable, could be used to measure blood sugar when pressed against the wrist. At the time, researchers said the system could offer readings comparable to a finger-prick test.

There is still a long way to go before we see this kind of technology in a working (and affordable) product and buy it. But if Quantum can prove that it has avoided the pitfalls already known with this new detector, and its technology is accurate enough, this could be a nice turning point.

Il CES2021 it's all virtual due to Covid. This is why it is even more difficult to verify the statements of the various companies. De visu, many would have tested the device to measure blood sugar without needles and we would know more. It is also worth noting that there is still no peer-reviewed or otherwise externally validated science to support this specific technology and its application.

I still can't make a serious judgment on this technology, other than to say that if Quantum Operation can keep its claims and measure blood sugar without needles we could be on the eve of a very exciting time for wearables.