A mask-like contraption with a briefcase can eliminate alcohol to make sober with a kind of induced hyperventilation. 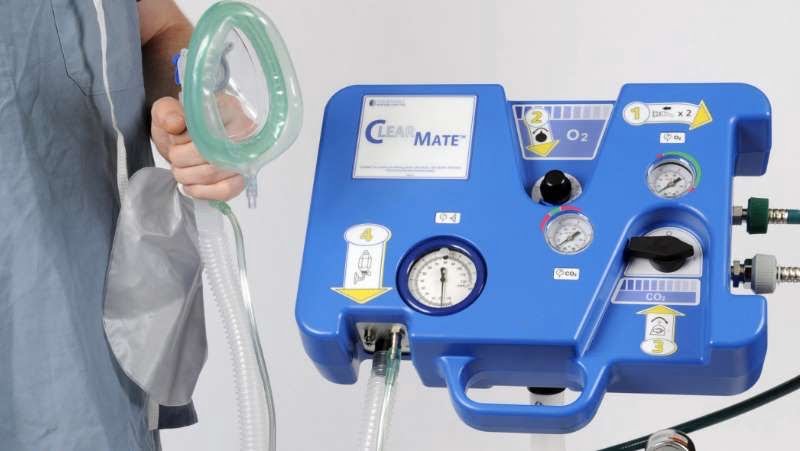 In most cases the human body is quite good at eliminating alcohol from its system. Sure, it can take more or less time, but his job does.

To give our body a little boost, a team of Canadian scientists built ClearMate. It's a mask-like device that can help you sober up faster with a mechanism for eliminating alcohol and making those who use it sober.

The device is inspired by a circumstance: anyone with alcohol in their blood exhales it slowly, a little at a time, through the breath. This led scientists at the University Health Network of Toronto to wonder if some kind of induced hyperventilation could speed up the process and eliminate alcohol more quickly.

After all, hyperventilation takes oxygen out of the body three times faster than normal, according to research published Thursday in Scientific Reports. Except for one thing: the human body is not equipped to hyperventilate for too long.

This is where ClearMate comes in

Little more than an oxygen mask attached to a weird briefcase-shaped pump, the alcohol eliminator discharges a mixture of carbon dioxide and oxygen that induces hyperventilation. The special feature is that ClearMate also prevents the wearer from fainting.

The method is so simple and obvious that even looking at it, no one recognizes its potential

Doctor Joseph Fisher, anesthetist and author of the study

Fun fact: how did they test the machine to eliminate alcohol and make you sober?

The ClearMate was tested on volunteers who were asked to get a little tipsy with vodka. Not bad if it becomes a safe and paid job. Testing a device for sobering has only positives, I guess.

Fisher, however, suggests the device would also be useful in emergency medicine, for countering ethyl coma and other conditions.

“The higher the blood alcohol concentration, the more effective the method,” says the doctor. A bit like weight loss, more marked and evident in those who have a lot of kilos. "If the patient is unconscious, a tube can be placed in the lungs to protect the patient's breathing and the method can then be applied manually."

And in the future? Will we see kids struggling with the pump to eliminate alcohol on the fly in view of a checkpoint?

Telekinesis has made headway from the CIA's mystical research programs, and is now possible in many respects, ...