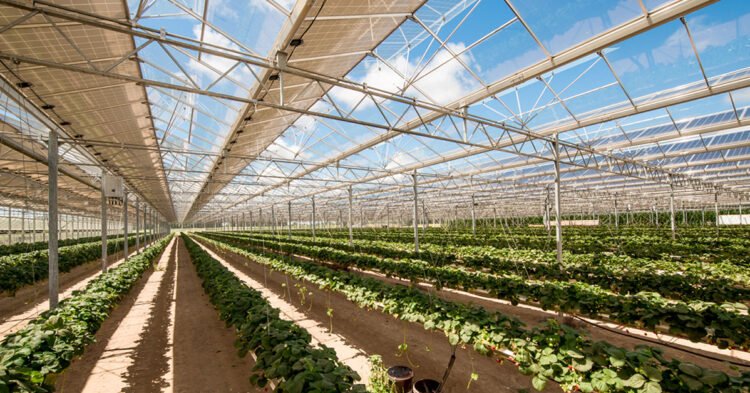 Agrivoltaico: the new awareness of the coexistence of photovoltaics and crops can completely transform the natural and economic yield of agriculture.

It seems only yesterday that the idea of ​​combining solar panels with agriculture was just a twinkle in someone's eye. Now the field is literally exploding.

The US Department of Energy is investing $ 7 million to sow the seeds of a new revolution in agriculture, photovoltaic-based agriculture. It looks like a drop in the ocean, but it is a drop that can change everything. And now I tell you why.

If the distribution of solar panels on crops seems a bit counterintuitive, there is a reason. Until very recently, photovoltaics and solar panels were the enemies of agriculture.

Solar developments have resulted in hectares of crops covered with rows of photovoltaic panels: the leases of the panels have given some 'oxygen to farmers in economic crisis, but have decimated the crops themselves.

The National Renewable Energy Laboratory, for example, he estimated that the US alone could lose more than 800.000 hectares of land to solar panels by 2030. So what? What do you do?

Agriculture and photovoltaics? No. Agrivoltaico

In the best of all worlds, solar panels could be raised just a few meters. This would allow farmers to benefit from renewable energy income while growing or rearing.

CleanTechnica caught this trend in photovoltaics some time ago when researchers at Oregon State University described how solar panels can create a refreshing microclimate that improves the environment for various crops. They also collected evidence that the same cooling effect in turn improves the efficiency of solar panels.

Since then, awareness has increased. The Department of Energy has released a farm-to-light guide for farmers and the movement has begun to take hold in various forms across the Stars and Stripes country.

Agrivoltaico, energy and nature only travel together

New forms of Agrivoltaic are already emerging. The "peaceful coexistence" between crops and solar can revitalize the entire agricultural sector.

The microclimate that solar panels can create is the key to a new type of agriculture. An agriculture that uses water and energy conservation practices. While cultivating, even in an automated way, it also improves soil health.

This is why the 7 million dollars that this funding will make available can transform things. They can launch projects that benefit the community and the local economy, but above all create a domino effect.

The Agrivoltaico future is possible.