15 bikes of the future that could change two wheels

A timeless classic. Can we do better? Here are 15 bike concepts of the future to try and improve on something that looks perfect. 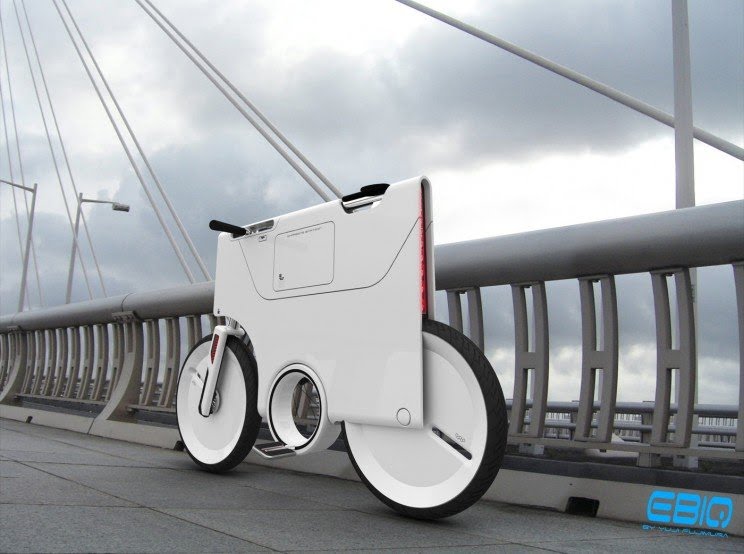 Bicycles have been commonly used since the late XNUMXth century and although their design has undergone many changes, their essence has not changed much.

These 15 bike models of the future are creative and very interesting. The insights they bring could give a new twist to an old classic.

This unusual bike is still a concept, but if it ever goes into production we will sit between two giant wheels that can reportedly transport us straight from land to water smoothly. Designed by GBO based in Amsterdam, this boat-bike hybrid of the future would be perfect for the canals and wetlands of the Netherlands.

This crazy bike of the future was invented by John aldridge. John wanted to create a safe and fast bike that didn't put any pressure on the rider's spine. Bird of Prey makes the cyclist travel lying almost face down. Despite the strange riding position, the bike can reach amazing speeds. The mechanism is unique: you use a fairly smooth pedaling motion to propel yourself forward, but you have a low center of gravity which reduces the increased risk of falling. While it sounds bizarre, this bike of the future has proved popular with people with spinal problems.

The contribution of Chang Ting Jen in the International Bicycle Design Competition is the perfect answer for people who have both a bicycle and a stretch of public transport on their commute. This sleekly designed bike of the future not only works brilliantly, it folds into a backpack so you can take it anywhere.

This prototype bike of the future in cardboard by Cardboard Technologies aims to reduce the cost of ownership of the bicycle by opening the market to low-income communities. Founded by Izhar Gafni, the company hopes to market its cardboard bike within the next year for just under $ 60. How it is made? Well. Cardboard. With some details in recycled plastic. A cardboard treated to be highly durable, as well as fire and water resistant, and supports weight up to 125 kg ( 250 pounds ).

Halfbike it was designed to be a super efficient vehicle. It works on the same principle as the bike but is a totally new transport experience. The bike of the future works using pedal steering controlled by a pair of cycling-looking handlebars. The large front wheel allows you to go up to approx 32 kilometers per hour. The upright posture of the bike allows for excellent vision.

Elliptigo use the design of an elliptical to create a crazy new kind of bike of the future. The elliptical motion is much less tiring than a traditional pedal stroke, so this standing bike is great for those with limited physical abilities.

The bike of the future? Grow it yourself! Bamboo is an amazing, fast-growing, sustainable and hard-wearing material. It can also be used as bicycle material which not only reduces the environmental costs of steel, but creates mind-boggling bikes.

Double the fun of cycling with a bike a four wheels . Quad Cycles offer maximum safety and stability while allowing you to carry a group of passengers as well. While perhaps not the best bike to choose for everyday commuting, the four-wheeled bike is perfect for sightseeing or hauling goods.

Electric bicycles have become increasingly popular over the past decade. While most electric bike designs revolve around a motor that provides extra thrust to the rear wheel, Yikebike completely reimagined the concept. The YikeBike allows you to sit comfortably and steer with the handlebar reaching you from behind. The electric motor on this future bike is all contained in the rear wheel and best of all, it all folds into a neat little package.

La concept bike Ebiq looks like a giant credit card. This unusual bike design of the future was devised by the inventor Yuji Fujimura. Yuji explains on his website that the bike is powered by a lithium battery and has a carry point for your laptop that will charge the device on the go.

Penny farthing was one of the first bicycle models to become popular. Its large front wheel makes it an iconic design even today. There Krank-Boom-Clank  created the mini-penny, a smaller, more functional bike based on the original farthing design. Made from recycled material, the Mini Penny comes with a warning not to try to drive it at great speeds. I wonder why.

This sleek bike design was developed by the designer Ralf Kittmann from Berlin. This concept bike is more of a motorcycle than a bike of the future. The bike is built entirely of carbon fiber which stores energy during braking and leads it to the bike's front and rear motors when accelerating. In fact, the bike itself acts as a capacitor.

STRiDA bicycles they have a distinct A-shape. They were designed in the 80s by the engineer and designer K Mark Sanders for space-constrained commuters and city dwellers. The fantastic foldable design is simple to use, and the strap bike is lightweight, efficient and super portable.

The bicycle designers Olli Erkkila they are famous for their weird and wonderful bike designs, but a bike of the future really stands out. The forkless bike, or Phantom bike as it is called by Erkkila, looks like a dragster bike from the seventies, but has no front forks. Instead, the bike uses a smart curved main frame to support the front handlebar. The front wheel is fixed on one side only which uses an intelligent arm mechanism for steering.

La walking bicycle it is a cross between a scooter and a bicycle. Instead of sitting, the user stands on a flat midsection and steers with the traditional bike handlebar and a front wheel. In this bike of the future, propulsion is achieved simply by walking on the treadmill in the middle section. The large wheels and cleverly weighted design allow you to reach pretty efficient speeds while walking at your own pace.

A "smart" choice by the Danish brand splits the market: it focuses only on synthetic diamonds in the year of the greatest drop in production ...