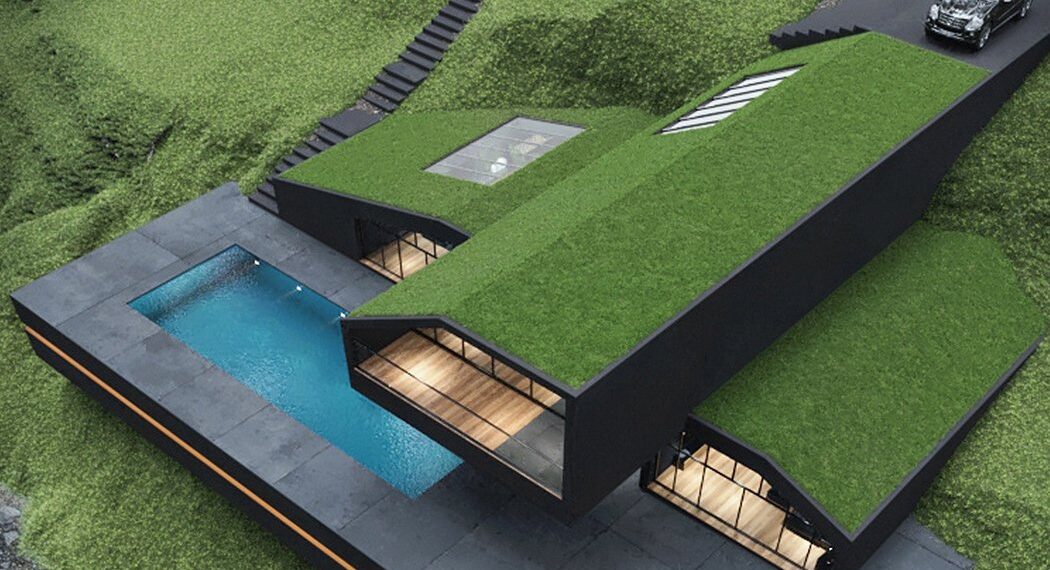 Someone has thought of building on the hills of Harriman State Park (New York). Someone with a lot of ambition and a lot of good taste.

Design houses are not really accessible to everyone: yet, even through their evolution, it is possible to understand a lot about the trends that society lives, and above all to which it is addressed. Black Villa is no exception. It is a sort of ultramodern "Hobbit lair", stunning inside and out, especially in its most fascinating feature: the relationship with the external environment.

You will have time to look at the location, the interiors halfway between rock and stone and the spectacular windows: I have not been stingy with photographs, this splendid mansion designed by Reza Mohtashami really deserves. Meanwhile, concentrate on a single, heavy “detail” that perhaps encompasses the whole concept behind this construction: a large, lush roof covered with grass.

Green roofs have become slowly popular over the past decade, due to their economic and environmental benefits. On their own they can reduce energy consumption by nearly 1% by providing natural heat insulation and maintaining temperatures up to 4 degrees Celsius lower than conventional roofs. Green roofs also reduce and slow down the runoff of rainwater, which helps immensely in areas with poor drainage systems (usually in urban areas).

I liked Black Villa's environmentally friendly design, but I wish it was made for a city, not a national park. To build the house, you would have to interrupt the existing landscape of the park: and as a proof of sustainability, forgive me, it seems a little weak to me. It could become the "green" version of Lloyd Wright's house in the future, but beyond the green roof I fear that the energy efficiency features are more cosmetic than anything else.

To be beautiful, however, she is beautiful. Feast your eyes. 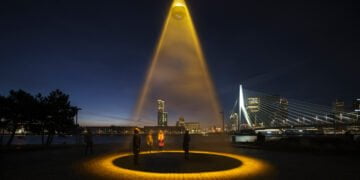 A "mini sun" that radiates open spaces with a frequency that kills Covid but is harmless to humans: ...