A new report from RethinkX analyzes the impact of an economy based entirely on renewables and SWB storage systems. In 10 years it would produce an unprecedented revolution. 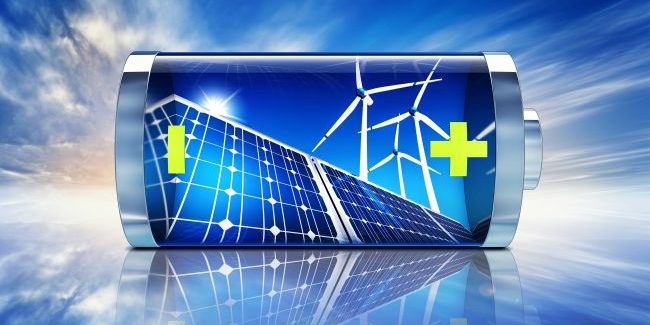 By 2030, electrical systems consisting of 100% solar, wind and storage batteries could provide cheaper energy, up to 3 times more abundant than what is available today in the US and in the world's most populated areas.

To say it is a new report from RethinkX. Changes capable of bankrupting coal, gas and nuclear power companies, and drastically reducing consumer costs.

RethinkX is an independent think tank. It analyzes and predicts the speed and extent of technology-driven perturbations and its implications in society. It produces unbiased, data-driven analysis that identifies the fundamental choices that need to be made by investors, business leaders, politicians and citizens.

"Rethinking energy 2020-2030: 100% solar, wind and batteries is just the beginning". This is the name of the report, which notes: a drastic reduction in costs in clean energy generation and storage technologies will drive a rapid and inevitable revolution in the sector.

A 100% storage system will have a much greater generation capacity than is currently used on most days. This will produce a huge amount of electricity at a marginal cost close to zero.

The report's authors show that this "super power of clean energy" will enable new business models and create trillions of euros of new value.

"The implications of this clean electricity revolution are profound," he says Tony Seba, internationally renowned energy expert, co-founder and co-author of the RethinkX report.

“Not only can it solve some of society's most critical challenges, it will usher in hundreds of new business models and create industries that will collectively transform the global economy. If a 100% solar, wind and battery storage system generates hyperabundant electricity at a marginal cost close to zero, the potential for creating new value is unlimited. This is not an overcapacity problem. It's a powerful solution. "

Too much solar and wind power create problems? False.

"There is a misconception: that too much solar and wind energy is a problem," said the dr. Adam Dorr, co-author of the report.

“This is looking at the equation through the old lens of the fossil fuel system and does not recognize the fundamentals of this revolution. Sunlight and wind are free and it is irrational to reduce the clean energy we produce with them at almost zero cost. As with other technological revolutions, it is a mistake to ask how the existing system will accommodate storage battery systems. Instead we must ask ourselves: "How can a new SWB-based energy system minimize costs and maximize benefits at all levels of society and the economy?"

The network as we know it will rapidly evolve into a larger, more flexible, diversified and capable system, just as the landline telephone network has evolved into the Internet.

Adam Dorr, co-author of the report

This is not a forecast, but a roadmap that shows what goals society should set itself, and what the costs and benefits would be.

the report analyzes three electrical systems for three US states: California, Texas and New England. Together they provide a plausible representation of the combined solar and wind resources in the US and the most populated regions globally.

Analysis shows that there is a fundamental cost trade-off between power generation and storage capacity. A trend that follows a convex cost function, which the authors call the “U-curve for clean energy”. By optimizing this non-linear curve, 100% storage battery systems are the cheapest option for new power generation and, in many cases, cheaper than just the cost of running existing nuclear power plants and fossil fuels.

They will generate excess electricity, or superpower, most days. In California, for example, the superpower of 309 terawatt hours of storage battery systems, albeit with lower costs, would be greater than the total existing electricity demand of 285 terawatt hours.

The investment to build a 100% solar, wind and battery storage system for the USA? It would be less than $ 2000 trillion between now and 2030 and would provide an average cost of generating electricity nationwide of less than 3 cents per kWh.

An average cost below that of continuing to operate existing coal or gas power plants.

The amount of superpower produced by systems at 100% solar, wind and storage batteries would be huge. It would be so big and so cheap that it would shift up to half of all fossil fuel energy use. Combined with electric vehicles it could eliminate all fossil fuel use and greenhouse gas emissions in the road transport sector as well.

Reducing the carbon footprint by more than half in less than 10 years.

This report is the first in a series to examine the decisions needed now to maximize the extraordinary benefits of a new energy system.

"It is no longer a question of IF the energy revolution of storage batteries will happen, it is just a question of WHEN and WHERE," he says. James Arbib, co-founder of RethinkX.

“The timing and the social, economic, political and environmental stakes are high. The results depend on the choices made today. ". 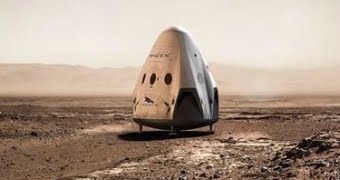 Elon Musk is serious, and promises to bring people to Mars by 2018. Very little, if we think they are missing ...