New data presented at the recent European and International Congress on Obesity suggests that testosterone therapy may be a useful treatment for men suffering from obesity.

notes that long-term testosterone therapy may, in some cases, be as effective as bariatric surgery in morbidly obese men.

Low testosterone levels have been consistently detected in severely obese men, and obesity has also been noted as a common symptom of hypogonadism, a clinically diagnosed condition in which men cannot produce average testosterone levels. This complicated two-way relationship between obesity and low testosterone has been called a "vicious circle" by some researchers.

Farid Saad, from the UAE's Gulf Medical University School of Medicine, has been studying the relationship between testosterone therapy and obesity in men for over a decade. His latest research examines 15 years of data from a German registry that tracked men with hypogonadism.

Saad and his colleagues looked at data from 471 obese men with hypogonadism, 276 of whom received long-term testosterone therapy, while 195 chose not to undergo hormone treatments, thus serving as a functional control group.

Testosterone therapy and obesity in men: the results

Over a follow-up period of about eight years, the data show that the testosterone group he lost an average of 23 kg (50 lbs) in weight. Men in the control group who were not receiving testosterone therapy showed a average weight gain of 6 kg (13 lbs).

Long-term testosterone therapy in hypogonadal men has resulted in profound and prolonged weight loss. It may have contributed to the reduction of mortality and cardiovascular events. Untreated men with hypogonadism gained weight instead.

The findings on the most severe obesity

The researchers found that 76 of the men with obesity studied could be classified in the "class 3" category, at higher risk. This category is occasionally referred to as "morbid" obesity. In these cases, bariatric surgery is often recommended as an effective treatment. Of these 76 men with class 3 obesity, 59 received testosterone therapy. The remaining 17 served as a control. In this subgroup, the testosterone cohort lost an average of 30 kg (66 lb). The control group gained an average of 5 kg (11 lb).

Long-term testosterone therapy in men with hypogonadism and the most severe level of obesity led to profound weight loss. Results of a magnitude comparable to that obtained with metabolic surgery (obesity). Side effects and complications can be in favor of testosterone therapy.

Testosterone therapy instead of bariatric surgery?

These findings obviously require broader validation. It is needed before testosterone therapy can be widely recommended as a treatment for obesity in men. The data collected in this new research is limited to a very specific cohort of elderly men with clinically diagnosed hypogonadism. However, the surprising results warrant broadening the search. And above all to be optimistic that testosterone therapy can benefit all men with obesity.

The new research was recently presented at European and International Congress on Obesity. 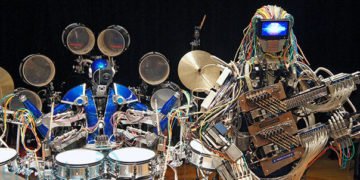 With the development of more accurate lists and analysis systems, the ability to music lyrics with AI has become ...