Half quadricycle and half recumbent electric bicycle, the Future Mobility Concept goes from road to cycle without any problems. 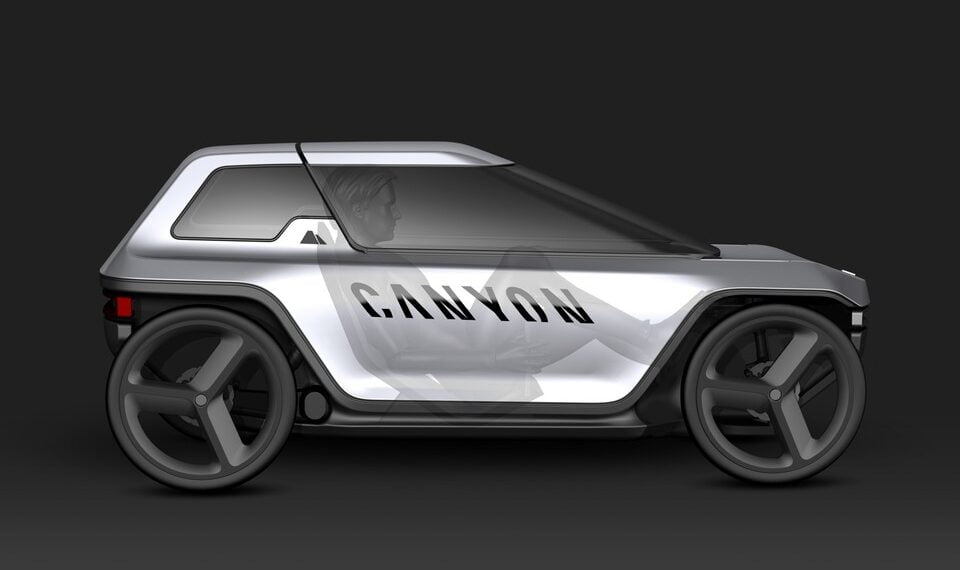 Electric bicycles are growing in popularity. The mobility bonus has given a further boost to an already growing trend. You can see it for yourself on the streets: passengers and motorcyclists have an alternative option to private cars to get around town and go to work.

It goes without saying that even in the rest of the world (indeed, more) the "cycling movement" is growing dramatically, giving the strength to many designers to create new vehicles, including the one developed by Canyon. “This Future Mobility Concept, a bit of a car and a bit of an electric recumbent bicycle, has been on the notepad of one of our designers for a long time. The coronavirus was the catalyst for trying new ideas, ”he says Jack Noy of Canyon. "It is an opportunity to see what is truly possible to change in the way we travel in our cities."

With its Future Mobility Concept, Canyon presented a bold vision for the urban travel of the future. It has four wheels and not two, so technically it's not a bicycle. Rather, it looks like an electric powered recumbent bike that would allow cyclists to move smoothly through road and cycling infrastructure.

45% of potential ebike cyclists wants a means of transport protected from the elements.

Future Mobility Concept: dressing up as a car or a bike depending on the road

Canyon sees it as a dual-classification vehicle. With electric assistance limited to 25 km / h when used within cycling infrastructure, as per legislation in force in Europe and Australia , and with the possibility of going up to 60 km / h if used on the road. (but you need a driving license and insurance, as things stand).

Bridging the gap between ebike and car, our Future Mobility Concept represents a revolutionary alternative to both the car and the bicycle

Combining the next generation of lightweight and powerful ebikes with four-wheel stability and storm-proof weather protection, the Future Mobility Concept represents a decisive step in reimagining how bicycle technology can regain space on the roads. It's a clean vehicle, a statement and a sign of what's to come.

How is the Future Mobility Concept made?

The German brand has built a prototype 83 cm wide (not much wider than an electric bike) and 110 cm high (compact enough to limit its load on narrow city roads already clogged with cars).

Designed to seamlessly jump from road to bike path, this low-emission vehicle combines the best parts of electric cars and bikes. It is fast and stable enough to fly along the open road, yet light and agile enough to glide on the bike path.

The panoramic capsule protects the rider from the elements and has a sliding roof to provide access and ventilation, if you lack that windy feeling in your hair you get on a bike. The capsule also features wipers, heating to reduce fogging, front and rear lights, seat belt and front shock absorbers. Starting and opening the Future Mobility Concept are both manual and remote, via smartphone.

Quite simply, it looks like a very small car, and it is deliberate. Canyon believes that for alternative transportation solutions to become standardized, they must visually and practically attract a market that otherwise has little intention of pedaling anywhere.

There is no steering wheel, but it is steered via two joysticks on both sides of the cab. The turning radius is seven meters. There is no drive shaft either: power is measured through the front pedals and electronically transmitted to the rear, avoiding unnecessary parts that could add weight, take up too much space and wear out over time.

Space? Reduced, as it is easy to imagine. Less than a Twizy: an adult in front and a child in the back (or a piece of luggage).

As mentioned, assistance at 25 kilometers per hour for the cycle path and 60 for the road. Given the size and low weight (about 95kg) a vehicle like this could reach much higher speeds downhill, but Canyon says there will still be a "limiter". This will also allow for battery recovery, to bring autonomy to about 150km (absolutely excellent for urban travel).

How much? Canyon estimates that this recumbent electric car / bicycle could cost between 5.000 and 7.000 euros.

Get off a little, guys. The future of our cities lies in new forms of clean mobility: individual urban mobility can partly replace traditional public and private transport, partly decongest them in the right way. 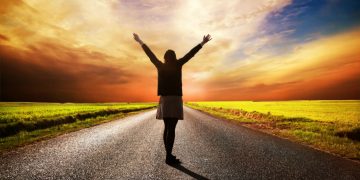