An ocean of forecasts commissioned from everywhere, even by energy giants, confirms it: the end of oil is a reality. Here are all the stages of an announced (and awaited) death. 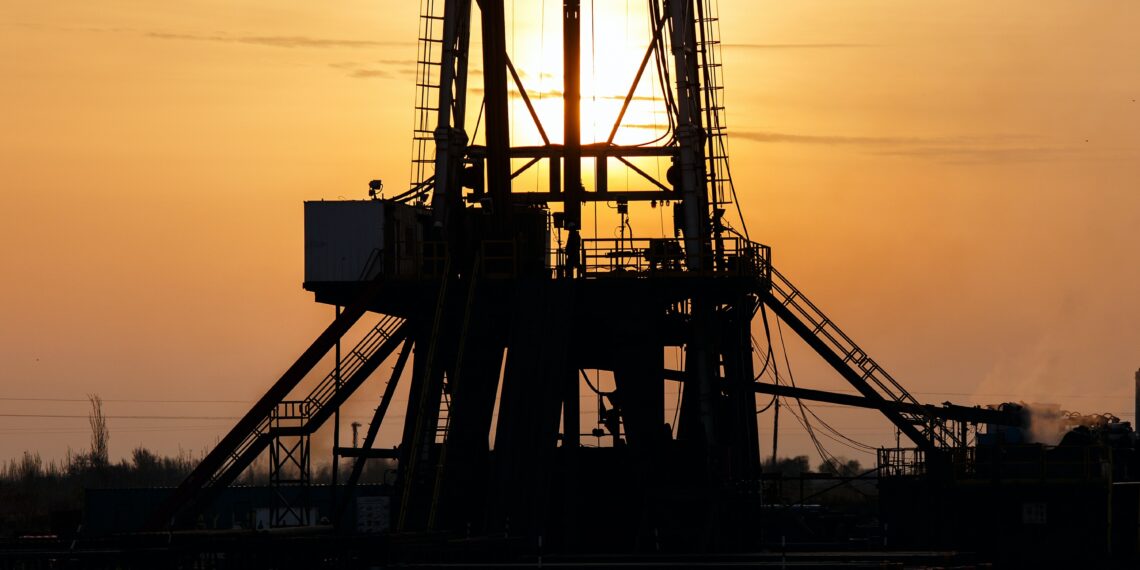 Photo by WORKSITE Ltd. on Unsplash

The oil industry is at the peak of an almost total decimation process that will begin over the next twenty years and continue until the end of the century.

The demise of oil is the main focus of the new forecast by a team of analysts led by a former US government energy consultant.

2020, the forecast suggests, will go down in history as the final tipping point for the global oil industry. It is a date we will look to in the future, and we will remember it as the beginning of the end of oil (as well as other fossil fuels such as gas and coal).

Along the way, around 80% of the industry as we know it will be wiped out.

End of oil due to Covid-19, but "had previous pathologies"

It is clear that the new era of social distancing rules and smartworking has heavily crushed demand, at least temporarily.

In fact, the factors of this decline had already been set in motion even before the pandemic. And the implications are strong: we are in the midst of a fundamental energy transition that will see most of the fossil fuel industry gradually eclipsed over the next few decades.

End of oil, end of the line

These conclusions are set out in a forthcoming analysis written by Rodrigo Villamizar Alvargonzález, former strategic advisor to the US Department of Energy, formerly Colombian Minister of Energy, Senior Economic Advisor to the World Bank. Today Rodrigo is "only" energy expert with the Commission for Economic Development and the Commission for Public Services of Texas.

The paper, entitled Energy and Power Futures, it was announced by the authors earlier this year, just before the pandemic hit the scene. Villamizar's forecast placed "the start date of the end of oil around 2020". It was described as a "tipping point" for world oil production which would drop from that point on.

Their study is expected to be published by Durham University's School of Government and International Affairs later this year.

After the COVID-19 crisis, the authors revised their predictions, finding that the pandemic it reinforced the trends they had previously identified.

In their updated text, they claim that the remaining years of the 21st century and beyond will be marked by a "permanent decline in demand for abundant oil resources."

The new forecast is in broad agreement with the forecasts of many other agencies, including the Norwegian energy consultancy DNV GL, that of US financial advisory McKinsey and even the oil and gas giant BP, which likewise portend a unstoppable decline in oil demand until 2050.

The study shows that this decline could be more rapid, with huge implications for world oil production.

According to Villamizar, Willoughby and Mayor, this is not an oil shortage crisis, but a demand crisis.

They write: “Perhaps we were the first to notice that, even before COVID-19, the year 2019 would have been the last ever to record a daily oil production close to 100 million barrels. In fact, before the coronavirus arrived in Italy, the size of the oil market had already begun to descend towards an uncertain future ”.

In this analysis, oil demand peaked in late 2019 and early 2020. “I thought we had a technical problem in our forecasting model,” Villamizar explained. "But all the reviews indicated a similar result." Are we really facing the end of oil?

Among the factors behind the alleged decline are a combination of things:

Oil is a walking dead. Slowly.

Villamizar and his colleagues point out that the end of oil will have a very thin, but long tail. Because oil will still be needed for many key industries, including petrochemicals and plastics. And then there are still vast reserves of oil underground. This is why the industry will not disappear like this, all of a sudden.

But most of the world's oil resources, in their view, will be "stranded", left alone. Because the global demand for oil gradually evaporates.

The general prognosis (we are entering the second and final half of the oil era) is that oil has run out of thrust, and will stop by inertia.

While the oil industry as such will not simply collapse, these experts believe it is now entering a prolonged period of terminal decline over the next two decades.

The demise of oil will be characterized by a major shift in the oil industry itself.

"We foresee a long-term Darwinian transformation in the future oil sector," write Villamizar, Willoughby and Mayor. "The new market structure will be dominated by an oil triad: the United States, Saudi Arabia and Russia".

According to forecasts, only 20% of operators in the sector will survive by 2050. And the oil market will be "a third smaller than today".

This decline in demand means, of course, that world oil production will also decline. Simply because it is no longer needed.

According to the authors, production will go down from 100 million barrels per day (mbg) to 68-69 mbg by the middle of the century and 40 mbg by 2100. The world will simultaneously see a drastic reduction of exports from 46 mbg to around 25 mbg by 2050, and a reduction in the number of exporting countries from the current 58 to around 15.

These projected declines in world oil production by a third and world oil exports by nearly half (within the next 20 years) imply a COLOSSAL collapse of any standard.

Analysts compare this radical transformation of the oil sector with the decimation of the tobacco industry. This time, the result will be "fewer players, shrinking markets and more and more pitfalls for those who operate by selling a product that is poisonous to the environment."

Yes, the demise of oil is a reality, and it will be pretty quick, but not enough to save us from dangerous climate change.

Villamizar, Willoughby and Mayor point out that “this future lower level of oil supply is still much higher than what the Paris Climate Agreement expects to keep the world average temperature above 2 degrees Celsius from the level recorded during the industrial revolution “.

It would therefore be a huge mistake to sit back and carelessly wait for the oil industry to slowly die out. And some scientists warn that even now, we may already be on the verge of triggering an uncontrolled heating process which would make the planet unlivable.

This situation places the decarbonisation of our economy among the global priorities.

Huge investments will be needed in "areas such as electrification, affordable long-term energy storage and regenerative agriculture."

It also means a shift in investor mentality and therefore a shift to a slower but perhaps more stable economy. Instead of expecting fast gains for the next quarter, investors should recognize the need to wait 10-15 years for returns. It will be like this?

End of oil: supply or demand?

While the slump in demand is right now the main driver of the global oil crisis, many other studies have pointed out that the oil industry was overdue for a showdown due to the rising costs of oil production and how this could affect the offer over profits.

In early February, an important study of the Geological Survey of Finland assessed the implications of conventional oil production starting to stabilize around 2005.

After this point, the world has become increasingly dependent on unconventional oil and gas supplies. Since 2008, increased demand has been met almost entirely by more expensive and difficult-to-extract sources such as shale oil, tar sands and offshore drilling.

Although market prices have remained too low for oil companies to make a significant profit against skyrocketing mining and production costs, they have made billions of dollars in debt to keep the (junkie) system running.

The study concluded with prophetic words: “The era of cheap and abundant energy is long over. The money supply and debt grew faster than the real economy. Debt saturation and paralysis are now a very real risk, requiring a restoration of the global scale “.

In June, a study peer-reviewed conducted by Dr. Roger Bentley of the Petroleum Analysis Center in Ireland found yet more. Global conventional oil production, the study said, has effectively reached a "resource-limited plateau" from 2005 onwards.

A situation alleviated by the rise in US shale oil. But even before the pandemic, there were signs that the shale boom "might be short-lived."

The new prediction by Villamizar and his co-authors, when contextualized with such studies, suggests that before the end of oil the oil industry will face a perfect storm of crisis affecting both supply and demand.

We have reached the point of no return: the end of oil is in full swing.

The real question is: how fast can we move on to what comes next? 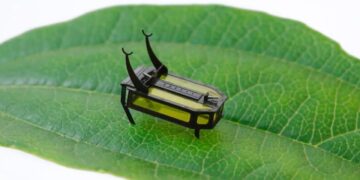 A completely new approach allows RoBeetle, a nature-inspired microbot, to walk for over two hours without ...