We have discovered only 5% of the oceans. And they can save our lives. This is why Cousteau gives life to Proteus, more than an underwater laboratory: an underwater space station. 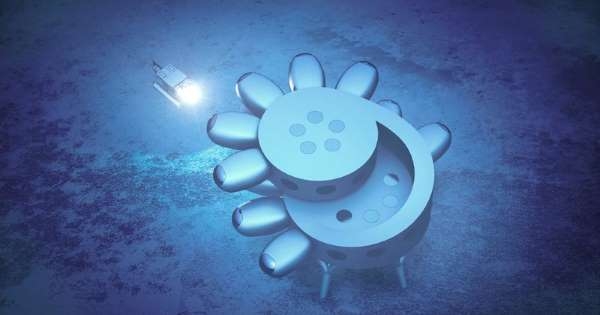 18 meters below the surface of the Caribbean Sea, off the coast of Curaçao, the acquanauta (and grandson of art) Fabien Cousteau and the designer Yves Behar they want to build the world's largest underwater research station. It could change the way ocean research is done forever.

The project of Cousteau, called Proteus, will be a scientific laboratory of 1200 square meters. It will be four times larger and more technologically advanced than any other underwater laboratory, says Fuseproject, Behar's company. It will be like having the ISS underwater: an underwater space station.

The Ocean Learning Center Cousteau's (FCOLC) says Proteus will host up to 12 scientists and researchers from around the world, and is set to be an underwater version of the International Space Station (ISS). Government agencies, scientists and the private sector will be able to collaborate "in the spirit of collective knowledge, regardless of boundaries".

The underwater space station will serve to explore and research anything in the oceans, from new medicinal discoveries to food sustainability to the effects of climate change.

“The ocean is our life support system. It is essential to solve the greatest problems on the planet. The challenges created by climate change, sea level rise, extreme storms and viruses pose a multi-billion dollar risk to the global economy, ”Cousteau says. "The knowledge that will be revealed underwater will forever change the way generations of humans live above."

How Proteus is made

The two-story circular spiral structure is fixed to the ocean floor on stilts, with protruding modular capsules containing laboratories, personal accommodation, medical centers and deposits. The larger cabin contains a swimming pool to allow divers to access the ocean floor and submarines to dock in the underwater space station. All cabins can be connected or detached to adapt to the specific needs of the mission in progress.

Proteus is powered by the energy of wind, sun and waves, and features the first underwater greenhouse for growing food, as well as lighting systems and gyms to make underwater life more sustainable in the long term.

Underwater habitats allow scientists to perform night and day dives without decompression between dives; they can stay underwater for days or weeks at a time, just like astronauts in the ISS, according to CNN.

Proteus' on-site laboratory will facilitate the processing of organic samples in real time, without the risk of samples degrading on the way to the surface. Proteus also wants to host a large-scale video production facility to provide continuous live streaming for educational programs.

How much will the Proteus project cost?

Innovation has a price: according to Fast Company, Cousteau's project will cost around 130 million euros.

The project is currently being defined. If Cousteau guarantees (or obtains) the financial resources, it will take three years to complete Proteus.

“Like all big dreams, it will need further development,” says Béhar. "But one of the ways we've been raising funds in recent months is to share this concept and share this underwater space station dream."

A worldwide network of diving laboratories

Although the oceans cover 71% of the world's surface, the NOAA estimates that humans have explored only 5% and less than 20% mapped. Cousteau hopes that Proteus will drastically change the situation.

The underwater space station can help us learn its secrets. 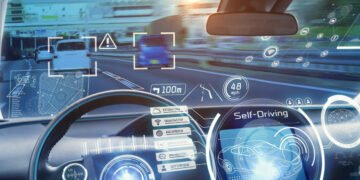 The future of driving: 7 technologies on the horizon

Decades of semi immobility, and now many revolutions in progress: the car of the future will change in everything. Waiting to see them ...