If we really want to start establishing a stable presence on other celestial bodies, the old options are not viable. NASA evaluates nuclear power for Moon and Mars. 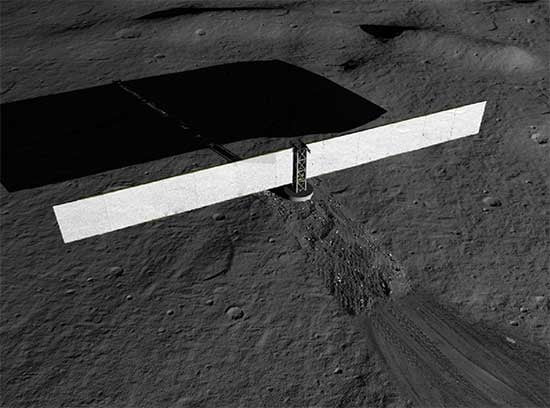 What it would be like to live on the Moon or on Mars? While it may seem an inconceivable idea to many for many decades to come, it is a hypothesis that NASA has been thinking about for some time.

The next NASA planned moon mission is still set for 2024, and Stanhopeno researchers focus on a key factor: that of energy. In particular, the problem is to feed the settlements on the lunar surface, and tomorrow those on more distant planets. And this is where nuclear power for Moon and Mars comes in.

It seems increasingly probable, in fact, that nuclear reactors are deputed to play this role, as recently reported by Chemical & Engineering News, journal of the American Chemical Society.

Establishing a settlement on the Moon or Mars is not an easy task. To begin with, the energy source must be safely transportable from Earth to the Moon (and to Mars) and once there it must be able to withstand harsh weather conditions.

Solar power would not be an option: the moon's myriad dark craters and dusty plains of Mars would not offer enough light. Another unprofitable option would be nuclear devices that work with the decay of plutonium-238. To be clear, those used to power spacecraft since the 60s.

The nuclear fission reactors that divide the uranium-235 atoms used by power plants may instead prove quite strong.

Such a reactor could provide reliable energy for a small space settlement for a few years, according to the researchers.

Researchers explain that uranium can be safely transported into space. The alpha particles emitted by the nucleus are weak and can be contained without too much trouble.

Efforts to find suitable energy sources for these settlements have been activated again. It's a breath of fresh air after a funding crunch and many design setbacks.

They date back to early 2010. That year a team of scientists from Los Alamos National Laboratory, NASA and the US Department of Energy attempted to develop a new nuclear fission system to produce 10 kilowatts of energy. To generate heat through nuclear fission, the reactor had a core with highly enriched molybdenum and uranium. The reaction was converted into electricity with piston engines. The end result generated 5 kilowatts of electricity, half of what was expected.

The prototype was tested 8 years later, in 2018. After two years, the NASA team now hopes to perfect it to obtain the originally planned 10 kilowatts.

If the searches are successful, it will be a big hit. With a nuclear system to power settlements on the Moon and Mars we will have taken another small step towards the first colonies on other celestial bodies.