They possess factors that man also has, but they use them surprisingly. Here are the animals that can live forever, or stay young for long. 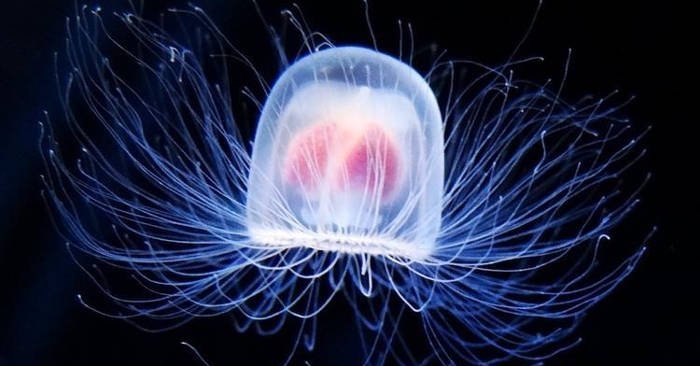 Nobody likes the idea of ​​getting old. Despite our many efforts to escape or delay the aging process, it seems to be an inevitable part of life. IT SEEMS. But why? Why do living things gradually fall apart as they get older?

There is a word for this: senescence. It is the gradually deteriorating state of our body, which is why we don't stay young for long. At the cellular level, cells stop dividing and eventually die. It can also apply to an entire organism (a living being can no longer respond adequately to external stressors) or to specific organs or tissues (such as the leaves that die and fall from trees in the fall). Yes, there are ways we can slow down (or speed up) the rate at which senescence occurs, which takes place in one way or another anyway. However, some species can completely escape the aging process and practically live forever.

To date, there is only one species that has been called "biologically immortal": the jellyfish turritopsis dohrnii or medusa turritopsis nutricula. This small transparent animal is found in oceans all over the world and practically does not die. The jellyfish that never dies can "go back in time" to an earlier stage in its life cycle.

The new life of the jellyfish begins with a fertilized egg that grows in a larval stage called planula. After a quick swim, the planula hooks itself to a surface (such as a rock, or the ocean floor or the hull of a boat), where it develops into a small organism. A sort of "polyp": a tube-shaped structure with a mouth at one end and a kind of "foot" at the other end. It remains stuck in place for some time, becoming a small colony.

Eventually, depending on the species of jellyfish, one of these "polyps" will form a growth called a "bud", or produce segments that can break away from the rest of the colony. This process leads to the next stages of the life cycle of the jellyfish: the ephira (a small jellyfish) and the actual "adult" jellyfish, capable of sexual reproduction.

For most other jellyfishes, this stage is the end of the line. But  turritopsis dohrnii (e perhaps also other species of jellyfish ) has a trick. When the "eternal jellyfish" faces some kind of environmental stress, such as hunger or injury, it can go back to being a small patch of tissue, which then transforms into a sexually immature polyp phase of life.

The immortal jellyfish is a bit like a butterfly that turns into a caterpillar or a frog that becomes a tadpole again.

Of course, turritopsis dohrnii it can always be killed. Biologically immortal jellyfish, but not invulnerable from trauma. Except, in fact, the jellyfish animal does not die of old age. In theory it can live forever. But is it the only immortal animal? Let's see.

The hydra looks a bit similar to the "octopus" stage of a jellyfish (which makes sense, given that jellyfish andhydra are grouped in the same phylum, Cnidaria): a tubular body with a sprawling ring mouth at one end and an adhesive foot at the other. If jellyfish are immortal, the animal hydra defends itself quite well in terms of animal longevity. Hydras are very simple organisms that spend their days mainly in one place in freshwater ponds or rivers and using their stinging tentacles to grab any prey that comes their way.

Instead of gradually deteriorating over time, one's stem cells Hydra they have the ability to "live forever", to self-renew endlessly. This appears to be due to a particular set of genes called genes FoxO , which are found in living beings (from worms to humans) and play a role in regulating the life of cells.

In the case of stem cells from Hydra , there appears to be an overabundance of expression of the FoxO gene. When researchers have prevented FoxO genes from functioning , they found that le cells of Hydra have started showing signs of aging, and the Hydras have not been younger for long. We don't know exactly how it works yet, but we do know that these genes clearly play an important role in maintaining the infinite youth of Hydra .

Even lobsters do not experience senescence. Unlike the addiction of Hydra from certain genes, however, their longevity is due to their ability to infinitely repair their DNA.

Normally, during the process of copying DNA and cell division, the protective caps on the chromosomes, called telomeres, become increasingly short and, when they are too short, a cell goes into senescence and can no longer continue to divide. In other words, they cannot live forever.

Lobsters don't have this problem thanks to an infinite supply of an enzyme called telomerase, which works to maintain telomere regeneration. They produce a lot of this enzyme in all of their cells during adult life, allowing them to keep their DNA and functions young for a long time (indefinitely).

Telomerase is not unique to lobsters. It is present in most other animals, including humans, but after passing the embryonic stage of life, telomerase levels in most other cells decrease and are not sufficient to constantly rebuild telomeres.

Unfortunately for lobsters, however, there is a problem: they literally outgrow their shells. Lobsters get bigger and bigger, but their shells cannot change size, which means a life of too small shells and a continuous reconstruction of a shell that is too tight, which tends to break earlier. This requires a fair amount of energy. In the end, the amount of energy needed to move one shell and grow another is simply too much, and the lobster succumbs - a big difference from an animal jellyfish.

There are many other animal species (and not animals!) That show prospects for an existence without old age. The risk of dying for naked mole rats seems not to increase with age. The oldest animal in the world, a Quahog mollusk that inhabits the sea (a lot stress-resistant) called Ming, died (by accident) only after a full 500 years when researchers did dragged out of the ocean to find out how old he was. Incredibly ancient bristlecone pines appear to have the same fluidity as younger trees. A particular colony of trembling aspens it is considered about 80.000 years old ... and there are many other species of exceptional longevity that seem to defy time. Animals that start with o and animals that start with and appear to be the only ones who have to die. Joke. Although the "E" is also the initial of "Human Beings". Already. Animal jellyfish and lobsters are doing well: but can they help us too?

Do they hold the key to eternal youth for humans as well? Can man become another immortal animal?

We know that aging in humans is due to a multitude of factors, many of which we still do not fully understand. Perhaps these examples of other species can shed light on these processes and also allow humans to live forever, or stay young for a long time. 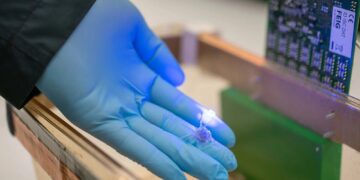 The implants against obesity become more effective and less invasive, thanks to the "wireless" power supply: here is the latest creation of a team ...