The use of materials usually used for satellites allows the new solar panels to set a world record of efficiency: almost 50% 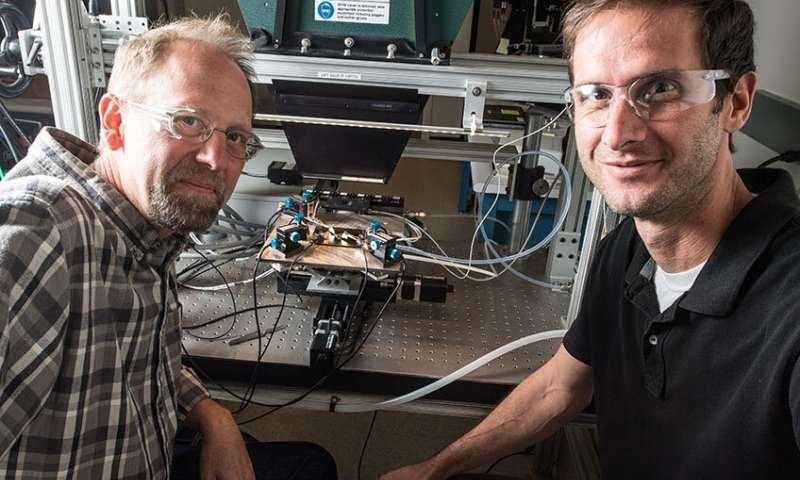 Scientists from the National Renewable Energy Laboratory (NREL) have fabricated a solar cell with an efficiency of nearly 50%.

The six-junction solar cell now holds the world record for highest efficiency solar conversion at 47,1%, measured with concentrated lighting. A variant of the same prototype of solar panels then also achieved the record for efficiency under solar lighting: 39,2%.

"This device really demonstrates the extraordinary potential of multi-junction solar panels"Says John Geisz, scientist at NREL and main author of the new paper on the record solar panel.

To build the device, the NREL researchers relied on III-V materials (named for their position on the periodic table) which have a wide range of light-absorbing properties. Each of the panel's six junctions (the photoactive layers) are specially designed to capture light from a specific part of the solar spectrum. The device contains approximately 140 total layers of various III-V materials to support the performance of these splices, and yet it is three times as narrow as a human hair. Due to the highly efficient nature and the costs associated with their construction, III-V solar cells are often used to power satellites.

Same energy with much smaller panels

"One way to reduce costs is to reduce the required area"Geiz said. This can be done by using a mirror to capture light and by focusing light on a point. At that point you only need one hundredth, or even one thousandth of the material compared to a flat plate silicon cell. Much less semiconductor material is used by concentrating light. An added benefit is that efficiency increases when light is concentrated.

When will 100% efficiency be achieved?

The answer is simple, until proven otherwise: NEVER. There are fundamental limits imposed by thermodynamics, but certainly more can be done, and this milestone is already extraordinary. To achieve 50% efficiency under the sun's rays, record-breaking solar panels must break down some resistive barriers.

Meanwhile, NREL is strongly committed to reducing the cost of THESE III-V solar cells. They alone can open an ocean of new markets and new applications for the use ofsolar power.

Magnetically charge viruses and perform magnetic blood cleaning with a magnet? As absurd as it sounds, that's why ...