Sustainable microgrids are finally becoming really affordable and are starting to change the way we think about energy consumption. 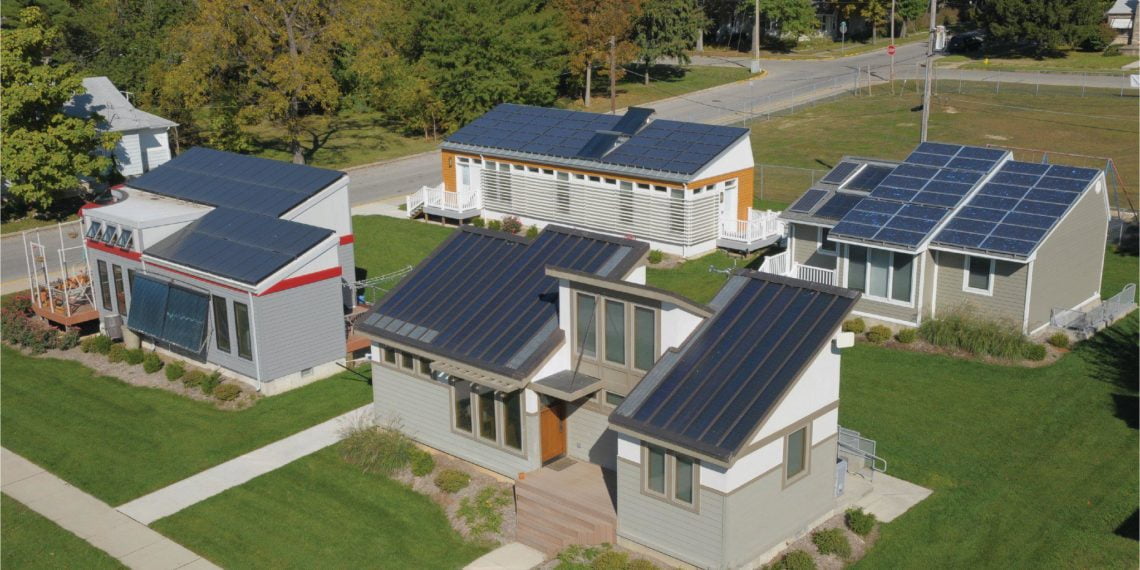 Around the world, still a bit slowly for my taste, sustainable microgrids are emerging as a vital tool in the fight against climate change. In the wake of hurricanes, earthquakes and fires, the traditional energy grid is increasingly difficult to sustain and guarantee energy. This is and could be the cause of disruptions capable of slowing down local economies and putting human lives at risk.

Microgrids are electrical installations designed to operate independently of the larger electrical grid in emergency situations. They have existed for decades, but until recently they relied almost exclusively on fossil fuels to generate energy. There are 20 years of the new millennium for the costs of solar panels and batteries to have dropped enough to make microgrids truly sustainable. Now they could very well be the future of clean energy.

In the USA the Unified School District voted unanimously in November the allocation of over $ 500.000 to study and design microgrid installations for county schools. A preliminary assessment identified over 15 megawatts of energy potential in 18 schools. Microgrids with solar energy storage plus battery would greatly increase the ability of chosen schools to serve communities during natural disasters or power outages.

A complete feasibility study is planned in June: the first estimates report a cost of about 40 million dollars, but the long-term energy purchase agreements (PPA) will allow the school district to have free facilities. They will repay over time through the normal electricity bill, but will be able to function in spite of any defaults on the traditional network.

Not just schools and individuals

Microgrids, in other words, go beyond schools. Several communities are also connecting solar and storage systems mounted on their homes, using inverters and controllers to share energy, and to supplement or replace grid energy.

In January, the  Australian startup Relectrify has obtained $ 4,5 million in funds to refine battery management technology that increases life by up to 30% while reducing operating costs. Programs like these are attractive not only because they offer independence from the power grid, but because they are always cheaper for energy consumers.

The cost of solar plants is plummeted 90% in the past ten years according to Wood Mackenzie research firm. The greater impact of these first sustainable microgrids could go beyond the emergency power they provide to nearby residents. They offer a radically different perspective of thinking about how energy is produced and used. In community microgrids, residents have a concrete and practical connection to their energy source and are invited to work together with their friends and neighbors to control their energy demand. Effective cooperation.

Such a system stands in stark contrast to today's electricity grid, where peak demand facilities are routinely invited to burn some of the most environmentally harmful fuels to meet demand with little or no social or technological limitations.

Sustainable microgrids have finally become affordable. They are starting to change the way we think about energy consumption.