After 9 years from the Juno mission, news about Jupiter still arrives. And they are wet news, because today we know that there is more water than we thought

There is more water on Jupiter than a previous study suggests, according to NASA's Juno probe recordings published on Nature Astronomy.

Juno, launched in 2011, has performed several Jupiter flyovers. Its microwave radiometer (MWR) uses six antennas to simultaneously measure the temperature of the planet's atmosphere at various depths, allowing the coffins to figure out how much water was present in the gas giant's atmosphere along its equator.

150 kilometers from Jupiter's atmosphere, Juno collected more accurate information than the Galileo spacecraft collected at a shorter distance (120 kilometers) in the 90s.

Galileo's data suggested that the alien world was rather arid, much to the chagrin of scientists: the water readings from the satellite's spectrometer were ten times lower than expected. But Juno did justice.

Cheng Li, a research fellow at the University of California, Berkeley

According to the American space agency, water on Jupiter makes up about 0,25% of the molecules in the atmosphere at the equator. It is nearly three times that of the Sun.

NASA also clarifies that the measurements are not based on theliquid water but on the presence of its components, oxygen and hydrogen

Measuring the abundance of water on the gas giant also allows researchers to understand how it formed. Scientists believe it was the first planet to take shape when the solar system began to form about 4,5 billion years ago. Jupiter contains most of the dust and gas that have not been sucked in by the sun.

Water also affects the planet's meteorology, including lightning and wind streams. Lightning strikes require moisture, and although much more powerful lightning strikes have been observed than on Earth, it has been difficult to estimate how much water its atmosphere contains.

Today we know that Galileo's readings indicated an unusually hot and dry spot, and that Jupiter is not all the same.

Juno's measurements provide further evidence that Jupiter's atmosphere is erratic: some regions contain more water than others. Scientists are still trying to figure out why.

"Juno's surprise discovery that even below the clouds the atmosphere is not well mixed is an enigma we are still trying to understand"Said Scott Bolton, co-author of the research and principal supervisor of the Juno mission at the Southwest Research Institute.

No one would have imagined that water could be so variable across the planet. 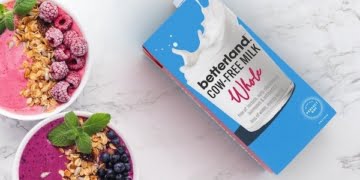