In an intense Korean documentary, a mother embraces her lost child years ago in a virtual world. Finding the dead in VR? It will be good to prepare. 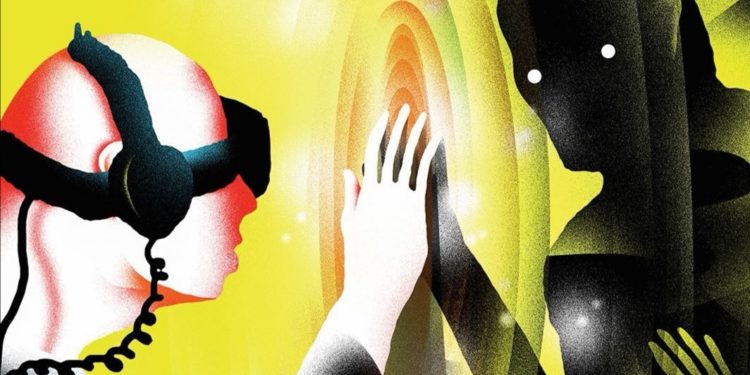 In 2016, Nayeon, Jang Ji-sung's seven-year-old daughter, died of an incurable disease. Three years later, the South Korean mother was able to see her baby again in a virtual world created for a television documentary.

On its Youtube profile, the TV Middle East Broadcasting Center shared a clip from its special documentary called “I Met You“, Which explores the fascinating possibility of reconstructing and finding the deceased in virtual reality.

In the clip, Jang is faced with a huge green screen while wearing a VR headset and some sort of tactile gloves. In a later scene, the woman and her daughter talk, hold hands and even attend a birthday party complete with a cake.

The encounter between the mother and her child is, as one might expect, extremely emotional. Jang seems to start crying the moment he sees the "virtual" Nayeon, while the rest of the family (the baby's father, brother and sister) watch the encounter with sad expressions and occasional tears.

“I met Nayeon, who called me with a smile, for a very short, but very happy time. I think I made a dream come true, " the woman then said with great emotion.

The production team took eight months to achieve this. He designed the virtual park from one that the mother and daughter had visited in the real world and used motion capture technology to record the movements of a child actor to use as a model for the virtual Nayeon.

In summary: the process may not be simple and the end product may not be perfect, but now we have the technology to recreate the dead in VR, so convincing as to make their loved ones cry.

The implications? Impossible to predict.

How far can we be from a platform that allows anyone to upload footage of a deceased loved one and then interact with a virtual version of that person? Decades? Years? Months?

E che tipo di impatto avrà sul processo di elaborazione di un lutto? Ritrovare i defunti in virtual reality will it help people turn the page and move forward more serenely? Will anyone become addicted to this virtual world, spending more and more time with the dead and less and less with the living?

And, in the long run, will we stop at virtual reality? Or is it just the first step towards androids designed to mimic our loved ones in appearance and personality, as in "Come back to me“, The disturbing and intense episode of the dystopian series Black Mirror?

Several startups are laying the foundation for that future, compiling data from both living and dead people to create "digital avatars" of those people. Other companies are already building clones of real people robots.

La chiave perché ritrovare i defunti in VR sia un’esperienza positiva e non un incubo distopico alla Black Mirror sarà nella nostra capacità critica. The person we love is gone. Accepting the virtual equivalent for what it is, that is, a comforting form of memory, will allow ethically to reap even therapeutic benefits.

Michael GrazianoPrinceton neurologist and neuroscientist approves of this possibility. Maybe subordinating it to a cycle of psychological encounters that allows the "living" to approach with serenity the encounter with such a realistic projection of someone who is no longer there.

It is a decidedly unexplored territory, but we have officially entered it.

To find our loved ones dead, albeit through virtual reality, we have many questions that we must answer as soon as possible.

The AFS (Engineers at Air Fuel Synthesis) based in the north of England claims to have produced 5 liters of oil ...