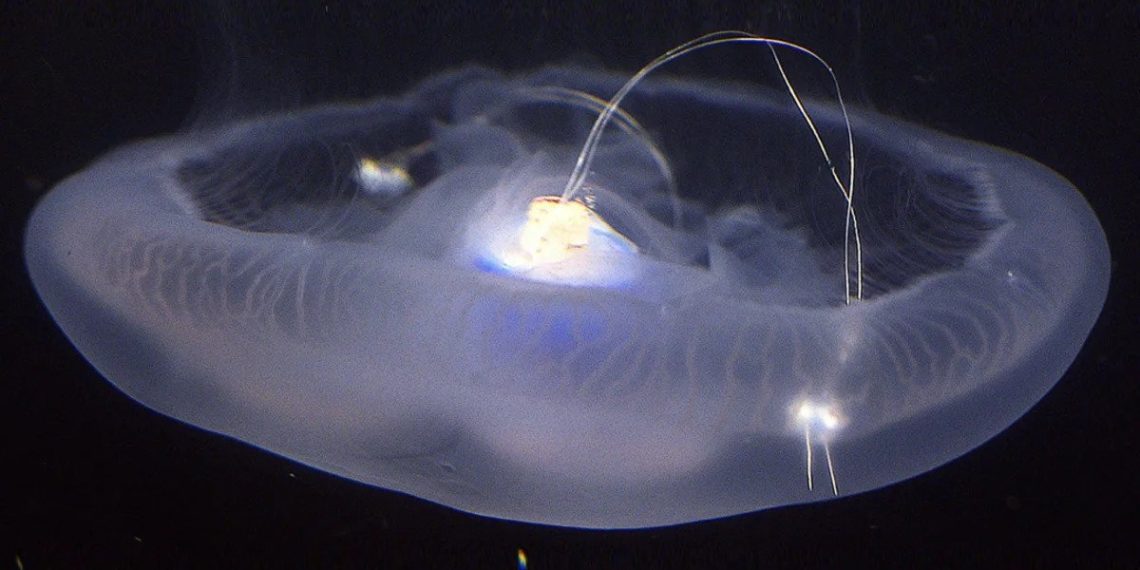 Jellyfish are the most efficient swimmers in the ocean, albeit slow enough. Stanford University researchers swam a jellyfish three times faster by connecting it to an engine and creating a biohybrid robot with the jellyfish as a "scaffold".

Cyborg jellyfish are 10 to 1.000 times more energy efficient than other robots that swim, according to the document published in Science Advances.

The two researchers behind the study, the Stanford graduate student Nicole Wu and the professor John Dabiri, they hope their robot can be used for ocean monitoring or for taking underwater samples.

Cyborg jellyfish, how it was obtained

The researchers took four-leaf clover jellyfish (aurelia aurita, or "Medusa Luna") the size of a table plate from the Cabrillo Marine Aquarium in San Pedro, California, and they have been transferred to a large artificial salt water tank.

They designed a waterproofed and powered controller with a lithium polymer battery, a microprocessor and a set of electrodes, which were incorporated into the muscle tissue of the jellyfish.

A bit like a pacemaker for a heart, but in this case, what looks like a bottle cap full of electronics prods the jellyfish to make them move faster. The cyborg jellyfish receives electrical discharges directly into the muscles, speeding up the pace.

Researchers, anticipating ethical objections to this work, they observed than jellyfish “They are invertebrate animals without a central nervous system or pain receptor. However, we took steps to ensure that no unnecessary tissue damage occurred during the experiments. "

Adding the controller without stimulation seemed not to have a big effect on jellyfish. But for the smallest of the six test subjects, at 0,6 Hz pulse frequencies (one pulse per 1,67 seconds), its speed increased nearly three times, from about 0,15 to about 0,45 diameters corporeal per second.

Why don't jellyfish swim so fast on their own?

The authors speculated that there is no evolutionary pressure for jellyfish to go so quickly, even if their body would allow it.

The authors write that they hope to improve the energy efficiency and controllability of the robotic jellyfish and others biohybrid robots, including the insertion of signals to rotate the jellyfish and thus "remote-guide" it.

What about the final fate of cyborg jellyfish? The authors wrote that once the electrodes were removed, they healed. Do you believe it? 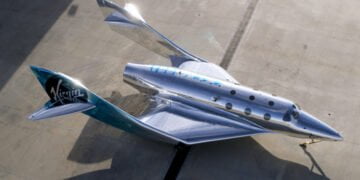