A game that turns real roads into crime scenes thanks to augmented reality. Put Pokémon Go aside, Misadventure in Little Lon is serious stuff. 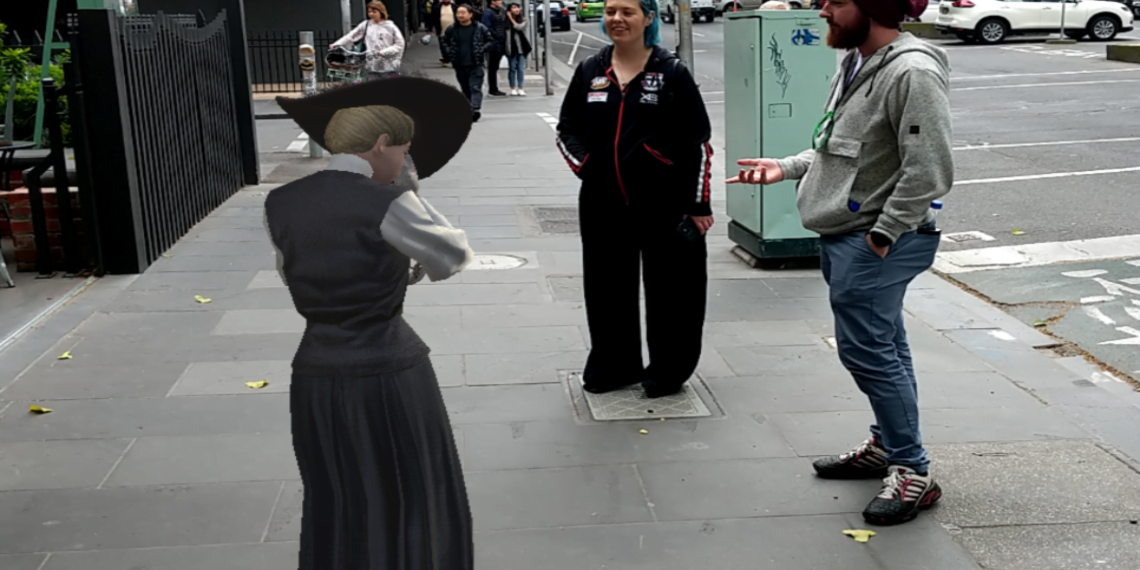 It seemed like child's play to combine a mass phenomenon like Pokémon Go with the popularity of the "crime" theme. It actually sounds like Columbus' egg, but no one had ever done anything as spectacular as Misadventure in Little Lon.

This augmented reality (AR) mobile game location based asks players to help solve a cold case. Misadventure in Little Lon is the story of an unsolved crime of the last century. The case will be resolved (perhaps) by walking on the real streets of Melbourne, Australia, and talking with virtual characters.

La AR technology it is increasingly impressive in covering the real world with digital characters. Whether you catch Pokémon, throw Star Wars droids or build block houses, sooner or later an augmented reality game will find you and grab you. In summary: the video games of the future will be real but with an 'electronic aid'. Comfortable, especially when it comes to murder games, a Watson always serves.

Misadventure in Little Lon apply this technology to a new smart setting: a historical walking tour and an interactive mystery. It starts at the stunning Melbourne State Library: players are guided through historic buildings, crowded corners and seedy alleys, where they interview a variety of shady characters and look for clues.

The game is the first in the True Crime Mysteries series by independent studio 10Tickles, directed by the team of husband and wife Andy Yong and Emma Ramsay. The couple is fascinated by the mysteries and history that binds people to places, so he decided to build an augmented reality experience that has drawn on both.

Misadventure in Little Lon is based on a real-life crime that took place in the alleys around Little Lonsdale Street (hence the name), around 1910. Ernest Gunter was hospitalized and later killed in what appeared to be a street fight, but what happened exactly? Was it a revenge? A mafia execution? It all depends on who you question.

If you are in Melbourne, the game is best played by physically walking around the city, talking to virtual characters on real street corners near where the events took place.

It is a fantastic way to give new meaning to the characteristic places of a city. Rather than just floating the characters in front of the camera regardless of where you move (as happens in Pokémon Go) the game is smart enough to keep track of where you are in relation to them.

The characters will stay exactly where they are and your perspective will change as if they were right there.

However, interacting with the characters is much more than trying to peek into the nose or walk behind them.

There is a list of questions you can ask each character to try and get more information from them. If the problem persists, you may need to provide them with an item from your inventory. Kind of like in old interactive adventures like “Broken Sword,” so to speak. The news guy, for example, won't tell you anything until you toss him a dime, and offering the lighter to a man who smokes will help make you friends.

Other times, you have to look for clues the same way. In one of the stages of the game, to identify the victim you will have to physically walk around the area with the phone pointed to the ground, looking for the lost wallet.

Not only is the story based on a real crime, but it's designed to closely match with the real-world locations where each event happened. Artist Andy Yong modeled and animated the characters based on real-life photos wherever possible, and the team worked closely with local historians to uncover all the backstories of the. historical event.

"Together we did a lot of research on the places, on the background of the witnesses involved, on the report of the mortuary and on many newspaper articles of the time"Says Emma Ramsey, designer and producer of Misadventure in Little Lon.

The team even worked with the direct descendants of the people involved. Maud Gunter, for example, is the sister of the deceased. A strong and enterprising woman who becomes one of the main characters of the game. To get a fuller understanding of her, the team consulted with her granddaughters, Jenny Samms and Gail McCormack.

"Having the family's contribution was surprising in terms of narrative development to show Maud's many faces," he says Ramsey.

“She continued to become a powerful and influential woman in Little Lon, had strong ties to the Chinese community, organized a cartel with other brothel owners and managed 27 of them. She always had a weapon with her and even knew the martial arts."

Misadventure in Little Lon: the next steps

All in all, Misadventure in Little Lon is a fantastic and unique use of augmented reality, and it really shows how much the potential of this technology is extended.

As for 10Tickles, he is already planning a second story for Melbourne in 2020, based on another 1890 crime. Subsequently, the team hopes to expand to other history-rich cities such as Sydney, London and New York. 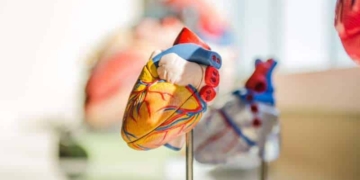 A recent study talks about the importance of building a "natural pacemaker", which respects the heart irregularity of patients.