For the first time the 3 nations carry out a joint naval exercise. For Russia, China and Iran it is a legitimate operation, for the USA "showdown"

This weekend China, Iran and Russia began their first joint naval exercises. The scenario is in the Indian Ocean and the Gulf of Oman.

The training exercises military were announced Thursday by the Chinese defense ministry. During a monthly press conference, the ministry spokesman Wu Qian said China would send its guided missile destroyer, the Xining, to participate in the naval exercise.

During the press conference Qian was careful not to further intensify geopolitical tensions. He claimed that the exercises "Are not necessarily linked to the situation in the region".

The vice admiral Gholamreza Tahani of the Iranian Navy said it was a good example of cooperation between Iran and its allies.

“The most important result of these operations […] is the message that the Islamic republic of Iran cannot be isolated. This naval exercise shows that relations between Iran, Russia and China have reached a new, high level. A trend that will continue over the next few years, " he said Tahani.

Maria Zakharova of the Russian Foreign Ministry said that the exercises are absolutely peaceful and legitimate.

“We are addressing the issues of maintaining stability in the region, security and the fight against terrorism. This cooperation and interaction is built on both a bilateral and multilateral basis. Exclusively in compliance with the rules ".

The naval exercise attracted the attention of the US military. After all, the maneuvers take place in the Gulf of Oman, a key trade route. To clarify, a course that the United States government intends to control.

Jonathan Eyal, associate director of the Royal United Services Institute, said to the Financial Times that these exercises represent a demonstration of power.

A representative from the State Department said the exercises “They should concern all nations. Reformulation: all nations interested in safeguarding freedom of navigation in the region ".

A US-led coalition that also included Saudi Arabia launched similar exercises in the gulf just a few months ago.

The naval exercise is expected to last at least until December 31st. 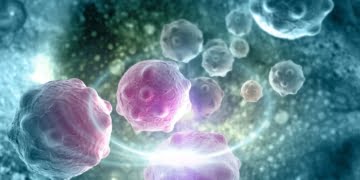 A molecule produced by the body in response to hunger or ketogenic diets counteracts the formation and growth of cancer ...