An Israeli company is in the clinical trial phase of a truly innovative and effective anti-cancer technology. It's called Alpha DaRT. 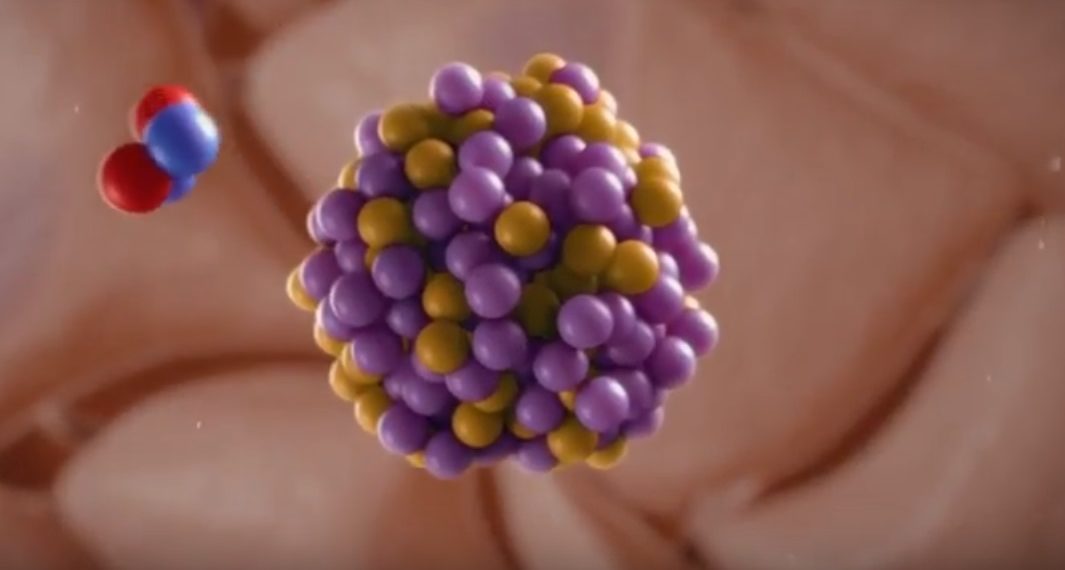 The question I have asked myself and many more often in the past 10 years is: with all this technology, artificial intelligence, autonomous cars, drones, how come we haven't yet defeated cancer?

Before talking to you about Alpha DaRT I would like to try to address the above question. Well, there are obviously many answers. The first is that there is no such thing as "the cancer grinder". We only give it one name, but each cancer is different and probably needs a different kind of treatment.

The second thing is that in many cases it has actually already been defeated, at least medically. There are countless cutting-edge treatments being implemented in these weeks as well, and countless more cutting-edge research projects underway.

There are always new discoveries, many of which await FDA approval. If there is one thing that many of these treatments and cures have in common, however, it is that they are developed in a small country that is in a very, very complex geopolitical area. When it comes to cancer research, Israel is at the forefront.

Finally, the last time I wrote about cutting-edge cancer treatments, I was contacted by fellow journalists who are also doctors. They rightly pointed out to me that when I write these articles a warning is always needed: the last thing that oncologists need is that their patients think that there is some magical solution here and they go to their appointments with the printing of an article .

In fact, the last thing a cancer patient needs is false hope.

This is why my disclaimer is that this company is undergoing a clinical trial and, if everything goes according to plan, the tumors could be much more manageable and treatable than they are today, but many things must happen before arriving. there.

This treatment is called Alpha DaRT and uses, for the first time, the alpha radiation for the treatment of solid cancer.

Cancer treatment involves a lot of collateral damage to the surrounding area and to the body as a whole. We are not designed to undergo these treatments.

Cancer is the second leading cause of death worldwide, and has been steadily increasing over the past 50 years. Causes include longer life expectancy, lifestyles that promote carcinogenesis (eg smoking and high-fat diets) and negative environmental influences such as pollution and electromagnetic radiation.

Today there are many cancer treatment options available, with different levels of efficacy and safety.

However, when the tumor is inoperable or there are multiple tumors, good treatment options are limited and the medical community has long sought a very powerful cancer therapy that spares healthy tissues.

Alpha particles are known for their high ability to destroy cancer cells. However, alpha particles have an extremely short path length in tissues, which means they cannot reach the full volume of a tumor and therefore, until recently, could not be used as a treatment for solid tumors.

ALPHA DaRT technology enables the diffusion of alpha particles over entire tumors using the radioactive decay of an isotope called radium-224. The treatment is provided by inserting small "grafts" of Alpha DaRT into the tumor which contain radio-224 atoms embedded in their surface.

In the process of decay, radium-224 releases atoms that emit alpha. These atoms spread over a radius of several millimeters, delivering a high dose of alpha radiation along the way.

The advantage of alpha radiation that characterizes Alpha DaRT is its very high "cancer killing potential" combined with its short range of side effects. These unique features limit collateral damage to surrounding healthy tissue while effectively destroying the tumor.

This is a technology specification document.

Other radiation therapies using beta, X-rays and gamma radiation have longer pathways that cause more collateral tissue damage and must be dosed at higher levels to achieve the same local "carcinogenic effect".

Alpha DaRT technology was invented by two professors from Tel Aviv University: physics Prof. Itzhak Kelson and immunology Prof. Yona Keisari. The CEO Uzi Sofer founded Alpha Tau in 2016 with the aim of making this very promising technology available to millions of patients around the world.

In a recent study, Alpha DaRT was shown to be effective in humans for local, radiation-resistant and recurrent aggressive cancers of the skin, head and neck.

It also demonstrated a very high level of safety for patients, without causing systemic toxicity and only mild short-term local toxicity.

Here is the list of publications related to Alpha DaRT technology.

Treatment led to tumor reduction in 100% of cases and produced a complete response (total tumor destruction) in over 78% of cases! It seems almost too good to be true.

The study results also showed that Alpha DaRT possesses many attributes that can contribute to an overall positive patient treatment experience. These include:

In addition to its value as a single tumor treatment, Alpha DaRT has shown great potential in preclinical studies for the treatment of metastatic carcinoma when combined with immunotherapy.

This is the company's contact page to request participation in clinical trials.

Metastases are the primary mechanism of cancer death, so any treatment that can reduce the extent of metastatic growth will prolong the patient's survival and hopefully reduce some of the pain and terror that patients experience after a metastatic diagnosis.

Many major cancer centers around the world are currently studying Alpha DaRT for various cancers, including breast and pancreas. Testing takes place in locations including Israel, Canada, Japan, Russia, Italy and the United States at prestigious institutions such as Memorial Sloan Kettering Cancer Center in New York and the Montreal University Hospital Center (CHUM).

Alpha Tau is growing rapidly, from fewer than 10 employees in 2016 to over 40 in 2020. To support the growing demand for Alpha DaRT, the company is building global manufacturing facilities in Massachusetts, Israel and Japan.

Alpha DaRT has the potential to bring hope to cancer patients worldwide: the results are becoming more and more remarkable.

It could very well be the turning point that we have all been waiting for.

A nanochip can turn skin tissue into blood vessels to repair wounds. It could be useful for many therapies.