Walking in your city and being immersed in a different reality? DreamWalker Microsoft redefines the border between reality and VR 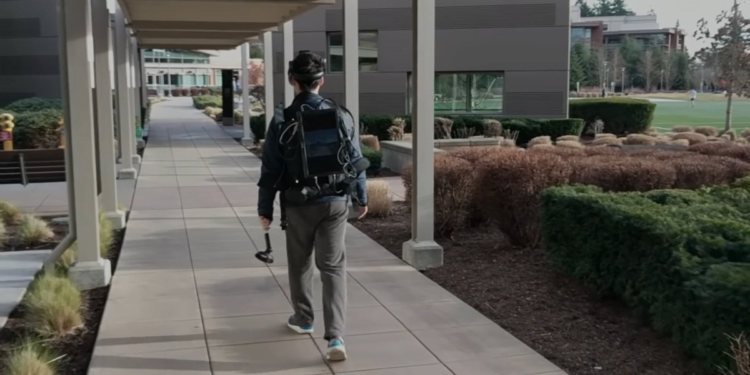 How many times have you happened to dream of a beautiful kiss and wake up realizing that you have lemonized with a pillow? Here it is.

With DreamWalker Microsoft is trying to transform the daily journey to work by immersing users in a virtual reality that replaces the normal one while they walk.

In a paper recently published, researchers Jackie Yang, Eyal Ofek, Andy Wilson and Christian Holz provide "A future in which people will spend much more time in virtual reality, even during the moments when they walk between places in the real world". To do this, they have created a VR system that allows its users to walk in the real world while simultaneously seeing themselves strolling in a virtual location of their choice.

You go to that anonymous bus stop and in its place you see an oasis in a desert. Instead of your bar you find Moe's, like in the Simpsons. That statue of Garibaldi has something different… But yes, it's Batman! In short, a lucid daydream.

How does Microsoft Dreamwalker work?

The system is intended to keep users fully immersed in the virtual world despite the obstacles of the real world. To do this, the software's AI finds a path in theVR environment similar to what the user is going through in the real world.

It is designed with its own tracking system that uses GPS positions, internal-external tracking and various sensors to guide users to stay on the right path, help them avoid obstacles and take them to their destination, all while keeping them immersed in a dynamic virtual way that suitable for the real one.

The team is in the process of experimentation and has tested the system on eight participants who were asked to cross the Microsoft campus along a 15-minute journey while walking through Manhattan in the world of virtual reality.

Obviously, this VR system has a long way to go before seeing the light.

In its current version, the VR scenes in Microsoft DreamWalker aren't exactly an alternative to the real world - it feels more like walking through the screens of a video game like The Sims. It's not like the movies, folks. At least not yet.

Not to mention the consequences on real life: a GPS calculation error and here is a user under the inevitable truck.

In the long run, however, perhaps two decades, similar systems will constitute a real "superimposed reality": something intermediate between the real and virtual world. An additive to existence, if you like. A kind of Instagram filter to life. 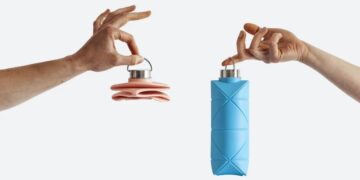 A surprising design manages to give the Origami folding bottle the ability to reduce its volume by over 80%.