Corneal transplantation from induced pluripotent cells (iPS) on July 27, then course and discharge on August 23. The patient has already regained her sight. 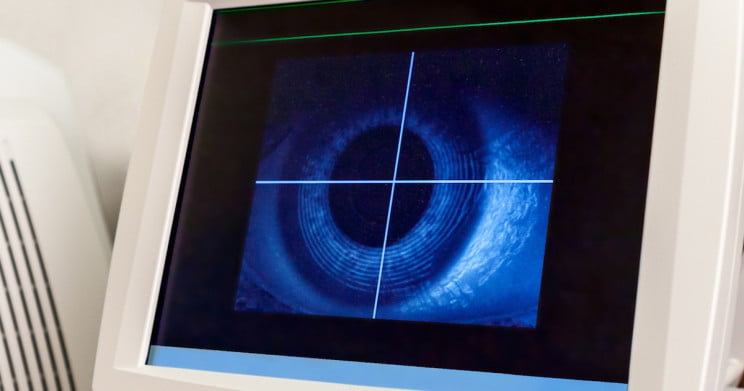 She is a Japanese woman the first person in the world to have received a cornea transplant obtained from induced pluripotent cells (iPS). An incredible leap forward for medicine.

A team from Osaka University in Japan performed the first cornea transplant in history made with reprogrammed stem cells.

Until now corneal transplantation was only possible by obtaining the cornea from deceased donors. In Japan alone, there are 1600 people awaiting transplantation and a chronic shortage of corneas suitable for donation (partly due to the higher average age of citizens).

This new surgical method will help millions of people.

How was the transplant carried out?

Kohji Nishida he led the university team that performed the transplant on the patient's left eye. This is a 40-year-old woman with an advanced degenerative disorder who had led this eye to blindness.

On July 27 the operation, then the post-operative course and discharge from the hospital on August 23. After the first, close monitoring the certainty of success: the patient has already regained her sight.

"It is only the first operation: we are scrupulously checking the results," says Nishida. Next year, the team will transplant three more patients, perfecting the technique to reduce the course and accelerate patient recovery.

The goal is to make treatment routine in all hospitals around the world by 2024.

The cornea is the transparent layer that protects our eye from external factors and slag. Usually it regenerates and repairs itself, with natural cell turnover.

For some it is not so: following trauma or disease the cells in his eye stop regenerating the cornea, leading to the loss of part or all of his vision.

The team treated the patient's blindness by transplanting a very thin layer of cornea (we are talking about 0.03-0.05 mm thick) obtained from iPS, induced pluripotent stem cells.

What are iPS cells

These are stem cells obtained from adult skin cells brought back to the state of embryonic stem, when they can still turn into different cell types.

The Osaka team believes that a single transplant operation restores not only the cornea, but also the regeneration capacity. For this a single operation is enough to solve the problem for life.

The extraordinary cells stem iPS were discovered by another Japanese, the biologist Shinya Yamanaka at Kyoto University, and brought him a well-deserved Nobel Prize as a dowry.

The Academy was right.