BioUrban 2.0 artificial trees can make a difference in areas traveled by pedestrians, cyclists or the elderly, where planting trees is not possible. 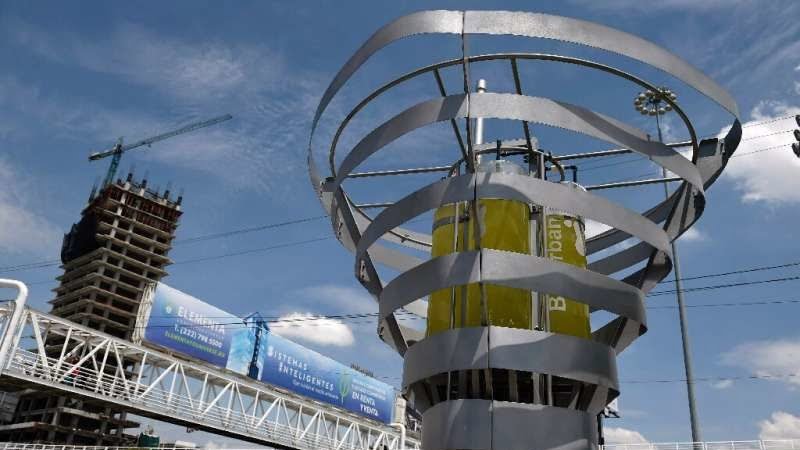 Trees are the best organisms for cleaning the air on the planet, but they have two needs to grow: time and space.

BioUrban are artificial trees that abate pollution like 368 natural trees.

The structure, designed by a Mexican startup, is a metal tower that uses microalgae to clean the air from CO2 and other pollutants, returning to theenvironment pure oxygen.

A little more than 4 meters high and almost 3 meters wide, weighing one ton, the device is a kind of cross between a large tree and a postmodern sculpture. It has a central trunk that acts as a pivot to a sort of metal spiral that constitutes the crown.

“What the system does through this technology is suck in polluted air and use biology to develop a natural process of photosynthesis. Just like a real tree, " says James Ferrer, one of the founders of BiomiTech, the company that presented the artificial tree.

Mexico City is a megalopolis that insists on an area populated by over 20 million people. A sea of ​​people plagued daily by forecasts on air pollution. The situation is serious, produced by the emissions of over 5 million cars, many industries and even a volcano, the Popocatepetl.

BioUrban 2.0 can make a difference in this scenario. Ferrer declares that the goal of artificial trees is to purify the air in specific areas (those traveled by pedestrians, cyclists or the elderly) where planting trees cannot be an option.

It is not a race with trees, however.

Worldwide, more than 7 million people die every year from exposure to pollution according to the WHO. “We have decided that our job will not be to watch others die,” says Ferrer.

In its three years of activity, BiomiTech has “planted” 3 trees: one in the city of Puebla, in central Mexico, one in Colombia and one in Panama.

In the coming months other installations are planned in Monterrey, Mexico City and also in Turkey, and it would take many, many more.

Yet BioUrban does not have prohibitive costs for what it does: at the modest price of about € 50.000 each of these artificial trees does the work of a hectare of forest.

It cannot (and must not) replace real trees, but in areas where planting is difficult each of the devices produces clean air for 3000 people.

I find it an extraordinary solution, at least until it is possible to plant a forest in an airport. 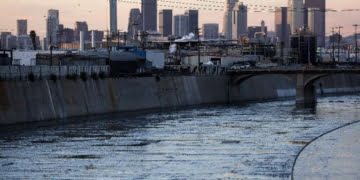