Buckminster Fuller's ideas are born after 70 years thanks to more accessible materials. The world is ready to live under bioceramic domes 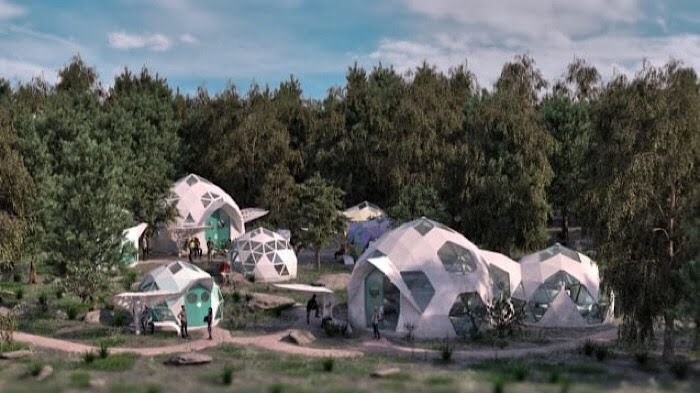 Geoship considers these bioceramic domes to be the homes of the future, and with the collaboration of Zappos it starts building them to help homeless people.

In a world that is deteriorating visibly between hurricanes and increasingly frequent fires, two things are needed: refreshment and shelter.

The refreshment it is a policy finally aimed at containing the damage and bringing the planet back to a time freer from fossil fuels, greenhouse gases, plastics and pesticides.

The shelter it is the search for solutions, including housing, able to withstand the impact of the changes already triggered.

For homes in particular, it is necessary to use materials other than stone, concrete or wood as already done in the past. Bioceramics reduce construction costs and constitute a barrier to climatic breakdowns.

It is the concept behind the work of Geoship, the startup that is building new bioceramic housing units. A collaboration with the footwear company Zappos will see the birth of a small neighborhood of geodesic domes in Los Angeles, offered free to some homeless people in the city.

The material used for the lightweight domes that make up the main structure of the houses has a long list of advantages, which become more and more evident as time passes.

The ceramic is fireproof up to almost 5000 ° C, and reflects more than 80% of the sun's rays, counteracting heat waves. It is strong, and combined with its supporting structure it can withstand the fury of hurricanes. It is insect and moles proof. It shields much of the electromagnetic pollution. It absorbs little water in the event of a tsunami or flood. Its shape holds up to an earthquake. In the event of an exodus, it can be disassembled and reassembled elsewhere.

Geoship estimates an average life of 500 years for a bioceramic house. However, its material also acts as an adhesive, and in case of subsequent damage it repairs the same structure by also plugging leaks and holes.

Its construction costs are nearly half as low as traditional construction. The materials can be derived from water pollution, which provides all the phosphates in the world. There is no waste of material: the shape can change in size depending on how much bioceramics can be used.

The panels that make up the structure can be made in the factory, shipped and assembled on site without new licenses and in a few days. "It's like putting Lego together," says Morgan Bierschenk, founder of Geoship.

Full of natural light and well ventilated, bioceramic houses have many advantages inside them too. A perfect "passive" house, heated or cooled without external energy. The materials used do not release pollutants into the air.

The ideas of architect Buckminster Fuller see the light after 70 years thanks to much more accessible materials.

The startup is building a collaborative platform to help groups of people find each other and design "neighborhoods" or entire neighborhoods and domed villages together. Even the model of Geoship itself is designed to involve customers, providing for them a participation between 30 and 70% of the company, as real partners.

"This could redesign construction, and even a little capitalism," they say with a certain amount of ambition in the company. But they may not be wrong: whether they are smart or not, homes will have to survive the changes and indulge in good environmental habits.

Production will see the light by the end of 2021, and if everything goes as it should go, it will also be a triumph for the environment. The energy required to build these houses is 20 times less than that required for traditional buildings.

All under the dome, in short! 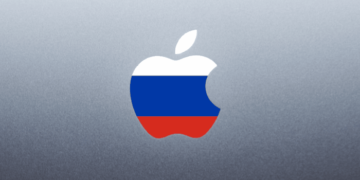 On Thursday, the Russian government initiated assessments to acquire, seize or nationalize companies that have suspended activities ...