To explore the seabed and manage ocean platforms, a team of NASA veterans builds a transformer underwater robot that becomes humanoid. 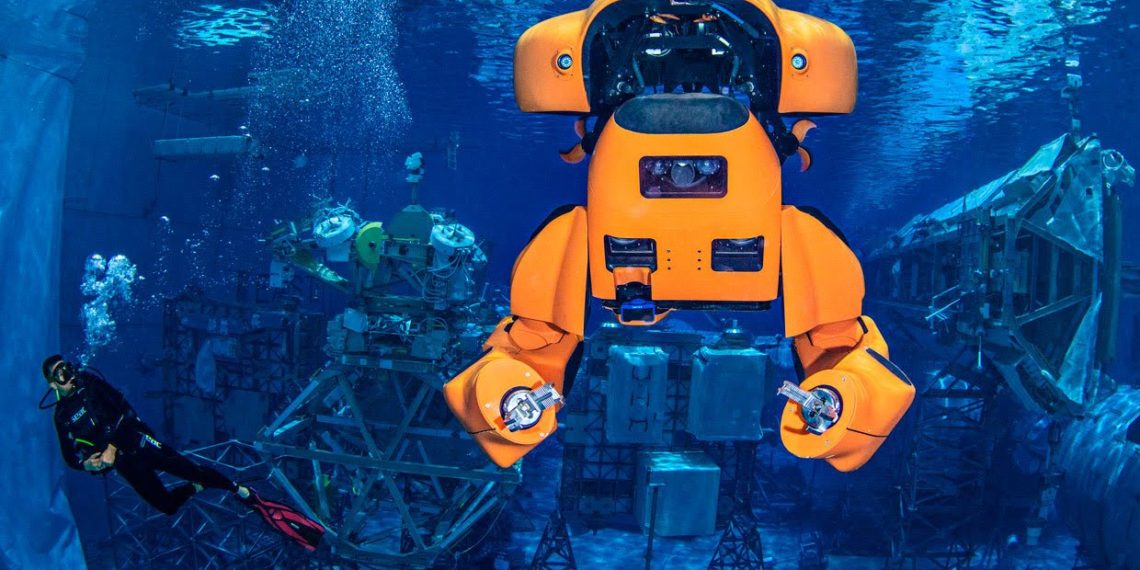 The scenario is suggestive: two astronauts practice a spacewalk. In the muffled silence of their helmet, the only variations are represented only by the sound of their breath and the voice of the Mission Control in the headphones.

We are not in space, however. We are in Houston, in the huge swimming pool that serves as a gym for astronauts who train for NASA missions. A few meters from the "astronauts" who are actually walking underwater, another object shares the abyss with them: it is Aquanaut, an underwater robot transformer with truly special characteristics.

Aquanaut moves in the water like a real submarine, but unlike remote guided vehicles, or UUVs (unmanned underwater vehicles), it has one more ability.

If necessary, in a twist worthy of movie scenes like "Transformers", the upper part of the robot lifts vertically and shows two large arms sticking out from the sides. A head full of sensors rotates on itself to position itself in the center, and the transformation is complete. It will be the 70s that gave me birth, or the color orange, but something in him echoes the Getter Robot, if you know what I'm talking about.

In short, here you are served a submarine that when needed turns into an underwater and semiumanoid robot transformer.

Aquanaut is a radical evolution of UUVs, developed by a company called Houston Mechatronics Inc. (HMI), which will totally change underwater robotics.

Traditional UUVs fall into two categories: fast sailing oriented submarines, which are more elongated, and specimen oriented submarines, stockier and slower, usually tied to the boat by a cable. HMI aims to combine functions in a single underwater robot transformer: fast in navigation and versatile when it comes to collecting materials. No one had ever attempted such an approach.

Aquanaut was designed for offshore oil rigs and installations, complex environments that have currently been using the same robotic technologies for decades. HMI experience could play a fundamental role: 75% of employees also work for NASA, extreme environments are not a problem.

HMI co-founder Nic Radford worked for 14 years on advanced robotics projects at the Johnson Space Center in Houston. “And I guarantee you that going into space is more difficult than going underwater,” he says with a hint of pride. “For robots, however, the situation could be reversed. Dynamic environments such as underwater ones can be 10 to 50 times more difficult than space ones. "

1 - Aquanaut travels in its normal submarine configuration to patrol and traverse underwater areas. It can do it for a long time, with a range of over 200 kilometers.

2 - Once at the destination, the robot transforms

4 - … And the arms to become operational.

The metamorphosis is the result of the work of four linear actuators (and several waterproof motors) powered by a lithium battery not unlike those that equip today's electric cars.

Its "brain" incorporates stereo cameras, 3D sensors and a sonar.

I might not tell you, but I bet you would easily guess that sturdy "claws" also fitted with sensors are positioned at the ends of his arms.

Since its inception in 2014, HMI has raised over € 20 million in funding. Five years later, here is the real prototype of the underwater transformer robot come to life and start testing in controlled environments.

Before facing the open sea, Aquanaut will be brought to its final version, capable of operating very complex actions (even “opening” and “closing” of pipelines), reaching 3000 meters deep and… making Bumblebee the envy. 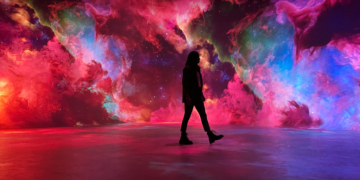 A theater that is no longer a theater, for spectators who are no longer spectators. Illuminarium is this, and it will do ...