What are the long-term predictions about the challenges that humanity will face if it survives (very) long? Here are 6 problems of a remote future. 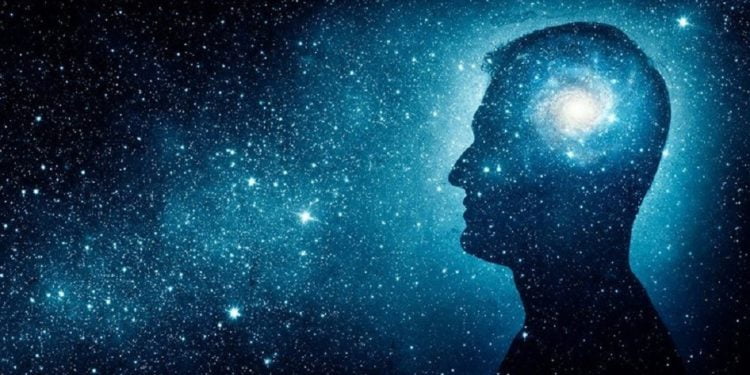 Often we can't even predict the weather the next day, how could we make long-term predictions about the future of our species?

Yet not everything is so random: some predictions can go very far, especially in the field of astrophysics and cosmology. For example, we know that on September 23, 2090 there will be a total eclipse of the sun in England because the Moon, the Sun and the Earth move in stable and predictable orbits.

Similarly we can use the notions of astrophysics that we know to predict what will happen in the universe as its expansion continues.

This approach can be described as "physical eschatology": a term borrowed from theology to define definitive things like the end of the world.

A classic model based on this approach is Freeman Dyson's 1979 study which analyzed possible catastrophes that could have erased life in the distant future, from the death of the Sun to the escape of stars from galaxies.

What, in short, are the long-term predictions on the challenges humanity will face if it survives (very) longer?

Mammal species have been on the planet for about a million years, and never before have they been put at risk by threats such as nuclear war or bioengineered epidemics. Right now the possibility of a natural extinction is less than that of a species suicide.

We must take shelter from survival risks and sustainability problems, also to be able to focus on other possible threats.

To begin with, within a few tens of thousands of years we will have to face the end of the current one interglacial period.

In other words, we are living in a "pink parenthesis" between two glaciations (or rather during a pause in a long glaciation). Our ancestors survived such situations, so it shouldn't be an insurmountable problem, except for being divided into groups of nomadic hunters rather than a global society.

We also need to tackle the dramatic climate changes that will characterize these transitions. In the past, the earth has not only been colder than this, but warmer as well. During the'Eocene temperatures were higher than 10 degrees, there were palm trees and crocodiles in the article and in the equatorial regions the climate was unsuitable for life.

Let's put meteor impacts, gamma ray emissions, super volcanoes that more or less every 100 million years clean up and we will have clear the dimensions of the danger.

Homo sapiens may not last because it would become something else.

Everything flows, and we too are continually evolving according to the laws of natural selection, and modern biotechnology also offers us the opportunity to voluntarily change our genes.

Really difficult to think that in the next million years we will remain similar to today. A species that has evolved all this time could be very different from us as we are today from a trilobite.

Conclusion (contains traces of irony): to live much longer than the mammal species that resemble us most, we must become very different from what we are now.

Problem number 2: surviving the end of our biosphere

In about a billion years (pessimists say a few hundred million years) the size and warmth of the Sun will wipe out the biosphere.

One approach could be to protect the biosphere with large-scale engineering. Add reflective aerosols to the stratosphere (did someone say "chemtrails"? None) and create a protective shield between the Earth and the Sun.

Another solution would be to colonize other worlds, if in the meantime we have not already done so. Self-sufficient space habitats are theoretically possible, and out there is raw material billions of times more abundant than on Earth. Today it seems impossible to build cities that travel in space, but with a billion years available we could learn how to do it.

Problem number 3: surviving the death of the Sun as we know it

Over 5 billion years, the heat and brightness of the Sun will begin to grow dramatically because the helium accumulated in its core will heat up, transforming our star into a red giant. This event will mark the end of the Earth, which will likely end up being engulfed by this expansion of the sun.

To survive this, any form of intelligent life in the solar system will have to migrate elsewhere: it will take really fast spaceships or a long, long time.

If our species already lives in self-sufficient space habitats, directing the rudders to another solar system will be a rather natural thing, and perhaps there will already be technology to produce and conserve what it takes to withstand the multimillennial length of a similar journey.

The most effective way to spread a species among the stars, however, remains to "seed" space with small robot nano-spaceships. Rather than using enormous energy to propel huge starships at low speed, it is far better to send tiny spacecraft at very high speed using a space sail and laser.

Small and numerous: they can be sent to millions, and equipped with an artificial intelligence that makes them land, get together to exploit the resources of other planets or asteroids, replicate and start again. They can carry material around or build habitats to be reached later. A model similar to that of the spores that 'fertilize' everything.

Problem number 4: surviving the end of the stars

The formation of stars in the universe has already reached a peak, and over the next tens of billions of years it should stop and begin the downward phase. Within 100 trillion years, even the red dwarfs will end. At that point, any form of life will need energy sources other than the stars.

Some forms of life could adapt to very low temperatures and environments that are difficult to imagine today. Intelligent life could change its environment by choosing to suspend the biological part and retire to virtual universes.

Problem number 5: surviving the end of the galaxies

The movement of the stars can cause the disappearance of the galaxies when the speed of the stars changes suddenly causing them to leave their context. Over the next 100 million trillion years, all galaxies could dissolve by finishing (with all the planets following) the center of a large black hole.

To survive this state of affairs, intelligent beings will have to learn to control the direction of the stars to bring them to more stable orbits.

Huge structures will be needed around each star but the total amount of matter needed will be the equivalent of one large asteroid for each solar system. If anything, the problem could be that of coordinating processes that take millions of years.

Matter is made of atoms composed of protons, neutrons and electrons. Protons and electrons are believed to be perfectly stable by most scholars. However, some physicists predict that protons will not be stable in the long run. Proton decay will take place in trillions of years, but it will end the matter.

Stars and planets will become radiation plus free electrons and positrons, unable to form habitable environments.

What will we become? For this last question, the answer is really difficult. 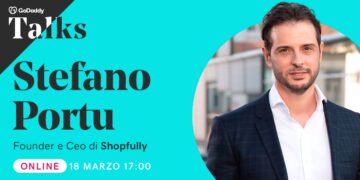 The second edition of GoDaddy Talks is kicking off, a cycle of interviews with entrepreneurs who have used digital to relaunch ...