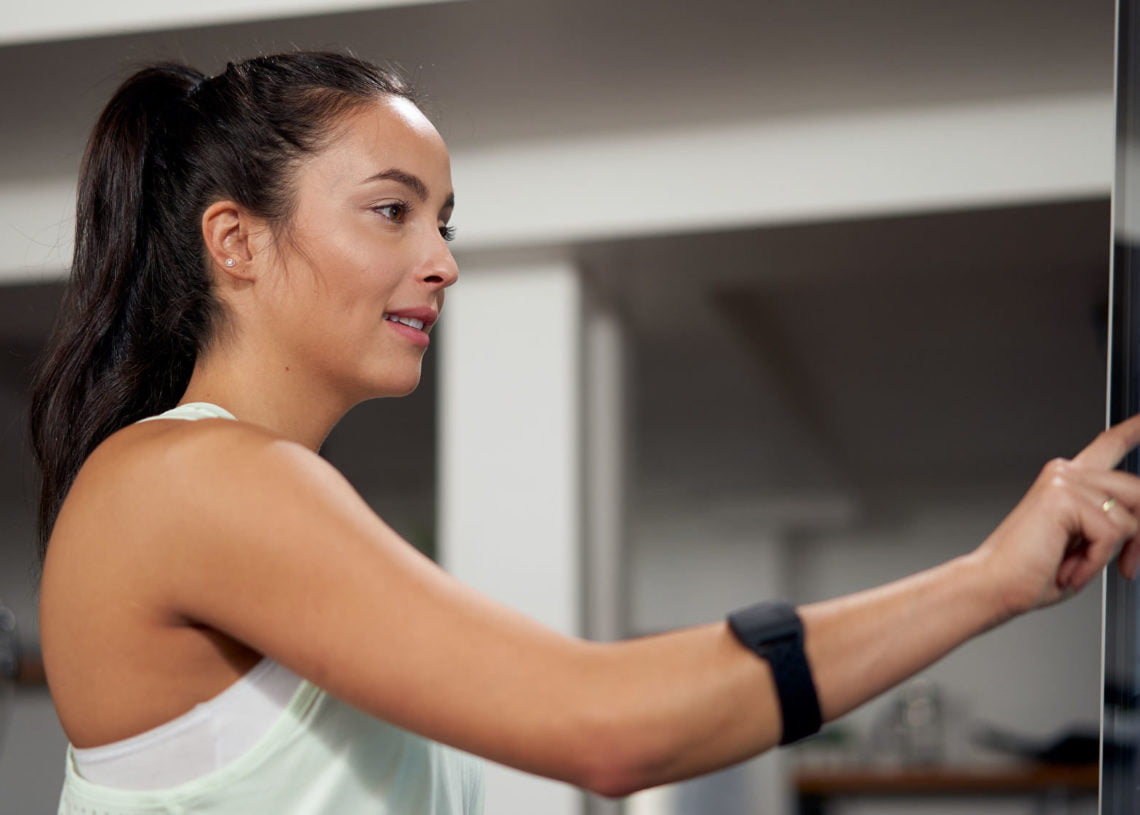 Pivot is a distributed gym, a fitness app combined with sensors and machine learning: your performance data is managed by real coaches.

There are no fitness apps that promise to give you muscle tone and physical prowess instantly, but a new startup around seems to have a much more holistic approach than the others.

It is located in San Francisco, and its name is Pivot. It is a company that seems to have come out of nowhere and yet claims to have already obtained funds for 17 million dollars with holdings of excellent companies such as Bling Capital, Founders Fund, Khosla Ventures and others.

What is its particularity? In fact it is a distributed gym. Yes, it's always you, at home with your nice carpet and the desire to drop a few pounds. Yes, there is always your trusty mobile phone to mark the time of the exercises. You are not alone, however. What changes is the combination of sensors and machine learning that watch how you are performing and track your performance in real time.

"In my life it has always made a difference to have someone around who taught me, gave me inspiration and confidence in what I did," says the founder and CEO of Pivot, Moawia Eldeeb. “A workout video, even if it's live, isn't comparable to having someone follow you. That's why Pivot is building the technology to bridge the gap between training in the gym and training at home. We want people to bring with them the same sense of safety, the same driving and the same relationship that you can have with an instructor in the gym ”.

What Pivot will offer

When Pivot opens its doors in the fall of this year, signing up for its service won't just include a fitness app. It will include (I guess to varying degrees) all the equipment needed for training, including a heart rate monitor. It will give access to live and recorded on-demand training plans, and cardio sessions with real-life trainers. Instructors will have the ability to monitor sensor data in real time and provide immediate feedback to participants. Other features that wink at gamification will include competitions between friends or members of the same community on Pivot.

Analysts have estimated that the smallest and most exclusive fitness groups (those to be understood with an individual or shared personal trainer among a few participants) have grown 10 times in the last 5 years. Being able to bring the appeal of these "frontal" classes on a large scale using fitness apps is not easy (it has been talked about for years) but profitable: it will open on a market that in the United States alone is worth more than 30 billion dollars.

And in fact Pivot already has a fierce rival: his name is Vi, has already raised more funds ($ 20 million in June alone) and promises to train us with the support of an AI who will act as a personal trainer by analyzing our performance data and providing real-time analysis and stimuli. Tonal is also on the same content, another startup that in April raised 45 million for its home fitness system led by an AI.

Needless to say, CEOs and investors who have focused on Pivot consider the system more effective than the others, due to the synergy between IT systems and people in the flesh.

And you? Are you ready to be reprimanded by a remote coach or artificial intelligence?