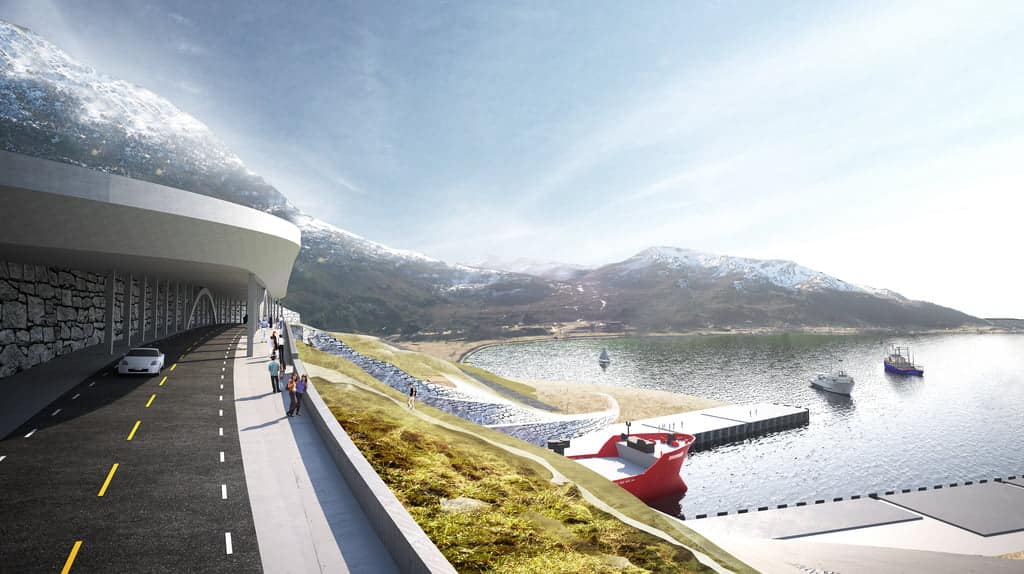 The Norwegian government is working on a naval tunnel project with respectable numbers:

Il naval tunnel (construction of which will start next year) will be "one-way alternating": a single "carriageway", therefore, to make ends meet and avoid any risk of accident as much as possible.

And the economic return?

The Norwegian naval tunnel will provide a huge boost to both the fishing industry and fast ferry transport (another smart choice was not to make it navigable by cruise ships: a circumstance that would have represented more than an unknown factor).

The Snøhetta architecture studio, which developed all the plans for this work, analyzed dozens of possible points and identified the most suitable one to allow navigation to bypass an entire peninsula, that of Stad, safely and quickly. 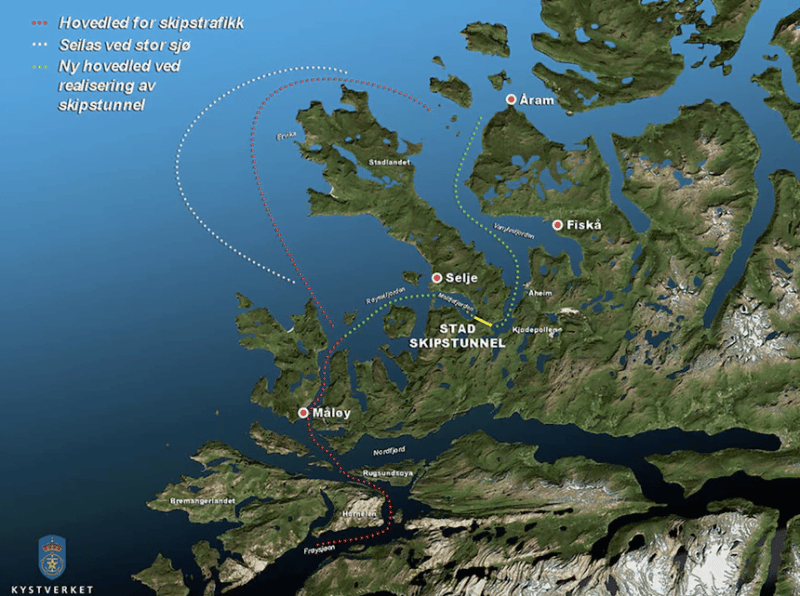 The peninsula of Stad has always been a fundamental hub of navigation, but it is plagued by a climate that often generates high waves and even small hurricanes. The naval tunnel will greatly reduce navigation time, but above all it will eliminate the many risks currently associated with traveling that stretch.