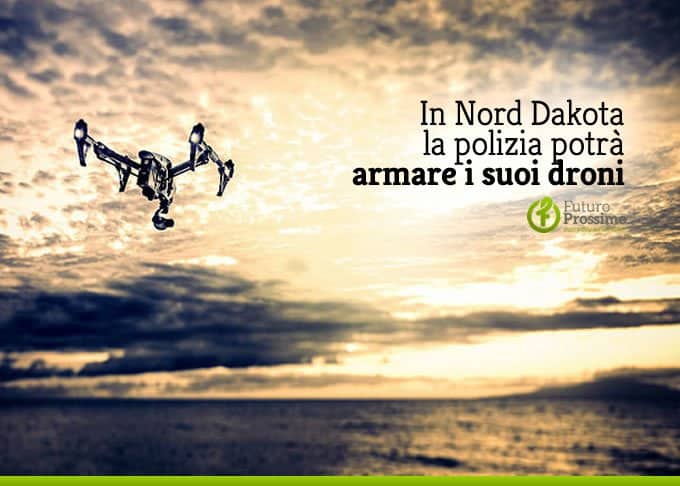 In the US state, a law created to ensure that the police do not use weapons on drones has in fact led to a measure with the opposite effect: it will be possible to equip drones with Tasers, stun gases, pepper spray and all sorts of non-weapons. lethal (if by "non-lethal" we mean something that killed 39 people last year). This is the first US state to legalize such a possibility, and not even to do it on purpose is there behind the hand of a lobby: just that of drones was missing (take a look here: http://www.auvsi.org/ home)

Here is the text of the approved law

In India, the police have already equipped the drones with pepper spray to quell street unrest: arming the drones of the American police is much more than a hypothesis, and this opens us to several questions.

A "safe" policeman who uses a remote instrument through a video will be more inclined to "fire" in a scenario in which he does not take risks, or on the contrary he will find himself in a situation of greater clarity that will allow him to make decisions less hasty? To shoot or not to shoot is often the most difficult decision for a law enforcement officer: recent episodes, especially on American soil, clearly tell us that often the excitement was not a good adviser.

The most important thing to know about who will have to operate these aircraft is that they are probably one of the figures that will be used the most in the coming years. Very large teams of personnel will be used to monitor scenarios and places, follow suspects and (in the case of armed drones) hit them. How will they behave in assessing the impact of their actions on a group of peaceful protesters who are beginning to "annoy too much"?

If current laws allow through their interpretations to equip aircraft with tasers, there will be little else to do but figure out how to assess this state of affairs. I already imagine scenes of demonstrations in which protesters organize anti-aircraft batteries.