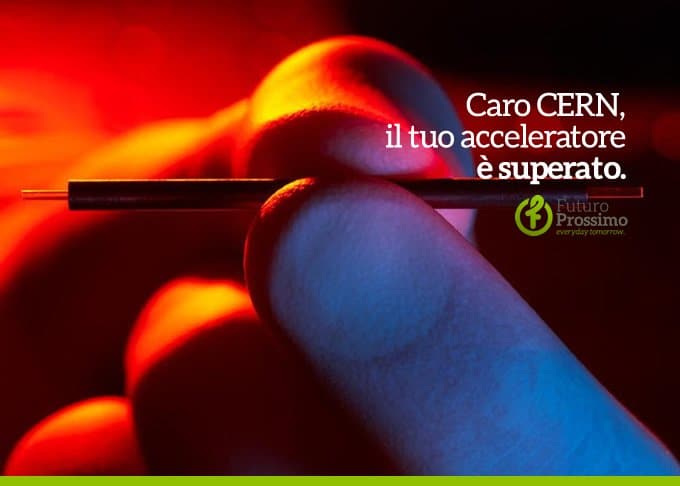 A team of researchers has developed the first prototype of a miniature particle accelerator, which uses terahertz waves instead of radio frequencies. A single throttle module is just 1 XNUMX/XNUMX centimeters large, and XNUMX millimeter thin. Terahertz technology could allow the miniaturization of the whole apparatus: this is the goal of the group led by Franz Kärtner, of the Center for Free-Electron Laser Science.

The prototype was presented with an article in the scientific journal Nature.

The author hypothesizes numerous fields of application of Terahertz accelerators: medicine and particle physics above all.

What is the Terahertz wave?

Also called Radius T, it is an electromagnetic radiation that has a spectrum between 300 GHz and 3 THz. In the electromagnetic spectrum it is a sort of intermediate path between infrared and microwaves. It is not visible to the human eye, having a wavelength greater than what we can perceive. Kärtner, who is also a Professor at the University of Hamburg and a member of the Hamburg Center for Ultrafast Imaging (one of the German centers of excellence in the field) has used this frequency much "shorter" than that traditionally adopted, noting the advantage of being able to reduce the whole plant.

The prototype is working, a single module produced an increase in the energy of the electrons quantifiable in 7 keV (kiloelectronvolt). According to the scientists, this result could lead to plants capable of producing an increase of up to 20 MeV (megaelectronvolt), or 20 times more powerful than current accelerators.

And here the LHC in Geneva already seems to me the equivalent of the old computers that filled an entire room.