A few hours before the first, historic interplanetary mission of India.

After a short delay due to small component problems, the journey to Mars of the vehicle developed by the Indian Space Research Organization (ISRO) will be a reality.

This is just the beginning, they tell New Delhi: with the enthusiasm typical of a nation growing at supersonic speed, ISRO has already declared that it intends to send a human mission by 2016, and this would be only the beginning of a long series of stages necessary for preparation. The Indians hope that the mission will have an even greater success than the 'lunar' one in 2008, when the Chandrayaan-1 landed and discovered traces of water on our satellite.

NASA, usually superstitious about 'its' missions, has sent a very sweet 'good luck'. Nose up, friends: it's the future. 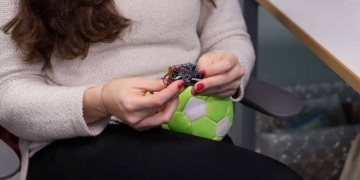 A Scottish researcher develops a device for dogs that allows you to send and receive video calls. What anguish.