That immense, gigantic genius who was Nikola Tesla built a tower, the Wardenclyffe Tower, in the middle of Long Island: an installation, he said, capable of transmitting electricity without the need for wires.

The project (with attached mysterious fire) was wrecked among a thousand mysteries despite Tesla having already transmitted energy in other experiments at a distance, and since then the project was shelved.

Something is already visible and on the market: there is a whole series of low-efficiency accessories that allow you to recharge a device without connecting it to cables (I am thinking of small 'carpets' on which to place a mobile phone or a razor).

The next step is easy to predict: recharge an object without the need for 'supports': it is the path that WiTricity travels, a company (exclusive owner of the patent) that uses magnetic resonance imaging to move energy through the atmosphere. It works just like this: two devices 'resonate' at the same frequency so that a magnetic wave fluctuates very precisely between them. A device can be placed in an electrical socket at home and be able to recharge an electric car that is in the garage. An impressive range according to Eric Giler, the company's CEO: 3.300 watts without appreciable losses.

We come to the doubts, or the painful notes if you prefer: is it safe?

According to Giler, moving like the waves of terrestrial magnetism, the electricity sent without wires does not harm humans: it would be well below the limits of magnetism imposed by law.

How long will witricity be spread?

The applications are all being tested, but could reach the market within the next three years.

You don't need wires to be electrified by this novelty. 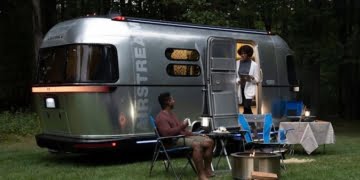 Ever thought of an electric camper? And a caravan? The Thor brand tries to win this challenge, with its ...