di Gianluca Riccio
in The future of yesterday
Share17Pin4Tweet11SendShare3ShareShare2

Yesterday's dreams are today's reality: we live in the era of mechanical, electrical, chemical and psychic wonders. In every field of knowledge the human mind is solving the problems it finds in nature: the dreamer dreams, the businessman has the duty to transform and sell these new ideas. What will be the point of view of those who are able to do both, to imagine and realize what the world needs?

The article refers, among others, to the forecasts of the inventor and entrepreneur Thomas Edison.

Great genius of the last century, Edison developed his vision of the future: his 20th century passed almost entirely through electricity, but he did not fail to indicate advances in the field of Cinema (just born) and other important fields. One of these, the architectural one, but its mention was not entirely disinterested: for 9 years, in fact, Edison had founded the "Edison Portland Cement Company", a company that exploited the excess sand (residual iron processing ) to build bricks, and therefore houses. "Always passionate about hybrid solutions," notes Neil Baldwin in his biography of Edison, "he was intent on making concrete sound booths and even concrete pianos."

Although Edison's materials were used to build New York's Yankee Stadium in 1922, his company was considered a failure: his prefabricated houses, up to 12 meters high, had very high production costs. Just 3 years later, therefore, the talented inventor decidedly turned to steel as the material of the future.

Here is an extract of his predictions.

BEFORE - Within the next 20 to 30 years, concrete architecture will make great strides: the art of building settlements will be brought to the science of perfection and economics. There will be great growth for the profession of Architect, and through the efforts of this new generation great cities will arise everywhere in our country. On the economic level, then, the poor of tomorrow will be able to afford more beautiful homes than those available to the rich today. A man who makes $ 1.50 a day will be able to afford a better home than those who earn $ 10 a day today.

SECOND - Cinema cameras will be so perfected that not only the characters will move naturally, but they will hear each other speak, and all the effects and props will be faithfully reproduced. It won't look like a real stage, of course, but it will come very close, and for only 5 cents per show. The masses will enjoy the moral enrichment of a great show, and the sordid pastime of saloons will be canceled.

THIRD - In 15 or 20 years - depending on the country's economy - the locomotive as a means of transport will fall into disuse, and all our carriers will be powered by electricity.

FOURTH - A new fertilizer with large percentages of nitrogen it will be spread on the market: it will be obtained from the air through electricity, and exploited to dramatically increase the fertility of the land.

FIFTH - The water flows of our country will be managed by electricity and no longer mechanically: this will lead to a rationalization of resources and great advantages also in the industrial sector.

SIXTH - A serial based naval transport system will have great success in the world: communications will also benefit, with faster mail that can reach any place in the world.

SEVENTH - We will be increasingly able to protect ourselves from environmental dangers with new drugs, which will greatly increase our life expectancy: the biggest enemies to be defeated remain tuberculosis and cancer, and one day we will be able to eradicate them.

EIGHTH - A new energy in nature, or something similar, it will be revealed: many of the things that have no explanation for us will have it from that moment. Unfortunately we only have 5 senses: if we had eight we would already know more.

NINTH - Automatic machines will invade our industrial market, and comfort and luxury products will be made and distributed in large quantities, so that more and more people can use them.

What do you think? Aside from a few corners, Edison is a genius and really demonstrates common sense in these predictions. 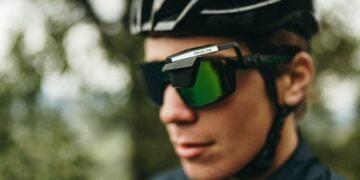