In difficult times like these, popular demands persist: in the last 3 and a half years the only positive developments for our country have come from referendums. With the increasing surprise of politicians and scholars of social flows, political protest movements are organized and are preparing to be, thanks to the Internet, increasingly structured and 'intelligent'.

A typical and important phenomenon in the structure of popular movements that are increasingly present (from peaceful protest movements to 'revolutionary' ones in North Africa) is the lack of a traditional leader: rather, one can investigate a 'leading brand', a 'shield 'behind which many converging interests find common ground to organize themselves from below. Many groups even claim the absence of a leader.

Why the insistence of the media in the search for a leader at all costs or the demonization 'in toto' of any organized group of citizens? The reason is to be found in the desire of the 'analogue society' to better understand the nature and organization of groups: in other words, the understanding of a fundamental fact is lacking: the technology of Networks and Social Newtorking is changing politics.

For many traditional political observers, the notion that a political movement can grow without leaders is inconceivable: who will they put on the cover without a leader? And who will they interview on TV? Above all, who will negotiate with them? After all, (including Grillo in Italy), each previous movement had a figure of reference: so how do you explain the movements of the Arab Spring in Tunisia and Egypt?

The underlying reason is precisely in the interpretation of these movements: they are not without leaders, on the contrary. They are FULL of leaders. It is a type of distributed leadership that is totally different from what we think we know: it is not vertical but horizontal, and is based on the 'sharing' of a superstructural charisma: the technological mechanisms allow for valid and effective group decisions (someone still remembers the Referendum on water and nuclear power?).

Many of us have come from generations who only know the old conception of leadership and we find it difficult to think of 'command' as a decision-making factor that can come from an organized form of collective intelligence: all of our education (schools, churches, governments, companies) leads us to think that leadership is a form of 'vertical' interaction, from top to bottom, made up of order on the one hand and obedience on the other.

The old scheme is: answer the right questions, execute orders, make apprenticeships and advance in career.
Today, however, we live in a sea of ​​'lateral' social connections that allow everyone to connect and share needs and talents capable of satisfying them.

Traditional political institutions appear in disgrace, unable to reform themselves and paralyzed by the pursuit of constant challenges and special interests: the result is an explosion of citizen movements that demand social change. The Indignados, to name one above all: lenticular organizations in which everyone is equidistant from an argumentative center, there is no pyramid but a sphere of interests: in such a system, if a node 'falls' there are others ready to replace it and to take his place, and i can't stop it by hitting a 'head'.

We lack money, but this situation could mark a marked increase in our sense of responsibility and (I hope) the abandonment of a delegating mentality in favor of an active and cooperative approach to problems. If the Internet succeeds in this (overcoming the enormous lobbying resistance present), the politics of the future will do without professional politicians.

Urine produces electricity: in 36 years I have squandered a fortune. 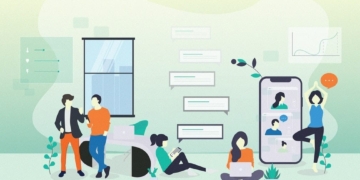