Remora, collect the CO2 from trucks directly from the exhaust pipes

A system to make heavy transport "cyclical". Truck, semitrailer, trailer truck, call it what you want: Remora wants to make it green. Will he succeed? 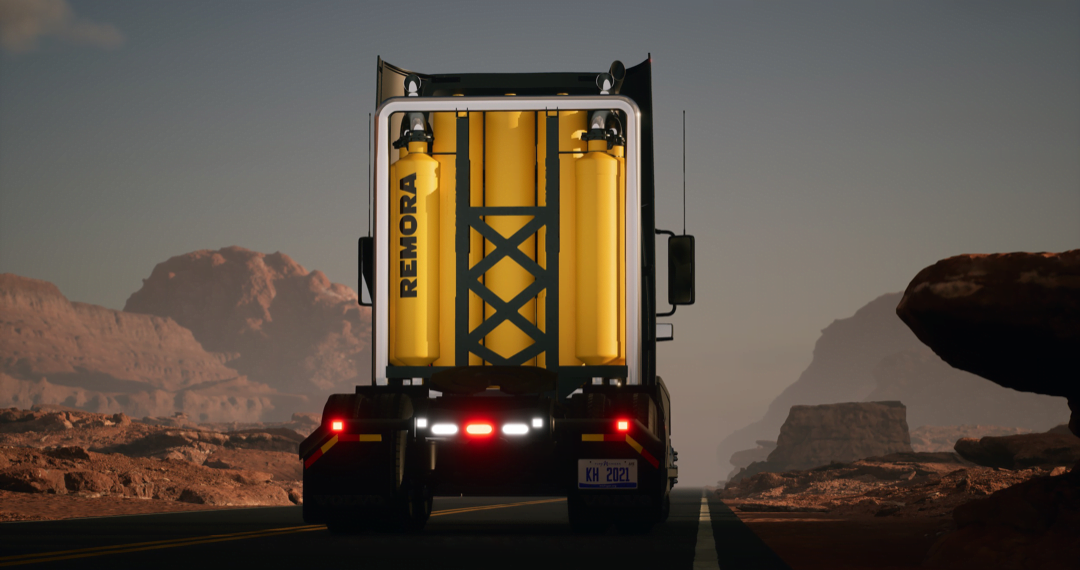 I'll be short and practical: there are millions of trucks, trucks and semi-trailers around the world. And they produce hundreds of millions of tons of CO2 every year, which is madness.

What's now? Is there a solution for this, apart from thinking every day of killing short-haul flights, and maybe moving a lot less or not at all? Can we go further? A US startup called Remora she is convinced of it.

Capturing CO2 at the source

Remora has attracted attention and funds from investors around the world: last April it closed another round of financing worth over 5 million dollars. Evidently they see some good in it. After all, the development would have a gigantic fallout already in the context in which the company was born.

We are in Michigan, a place of transportation that cannot be more than that. Does the name Detroit tell you something? An invention that makes a semi-trailer or truck "harmless" to the environment can make the fortune of logistics companies, transporters and even residents (with hundreds, perhaps thousands of new engineers hired over the next two years.

How does Remora technology work on a semi-trailer?

Remora is, trivially, a mobile carbon capture system. And, according to the company, it does its job very well: it captures at least 80% of the CO2 of a semi-trailer directly from the exhaust pipe.

It is not just a matter of working "on the way out", however: Remora's vision revolves around the conversion of current vehicles into green fuel vehicles, to make the system cyclic. A green diesel-powered semi-trailer is turned around, its CO2 is collected from the exhaust pipes, with this CO2, green diesel is made and so on.

I do first to show you the video.

Will it work? I am not able to tell you for sure. Perhaps it could help make the transition phase less painful than the world of transport is living, maybe not. But it was worth telling.