A process that optimizes a reaction that has been known for years can lead to the production of hydrogen from water at room temperature. It would be a turning point. 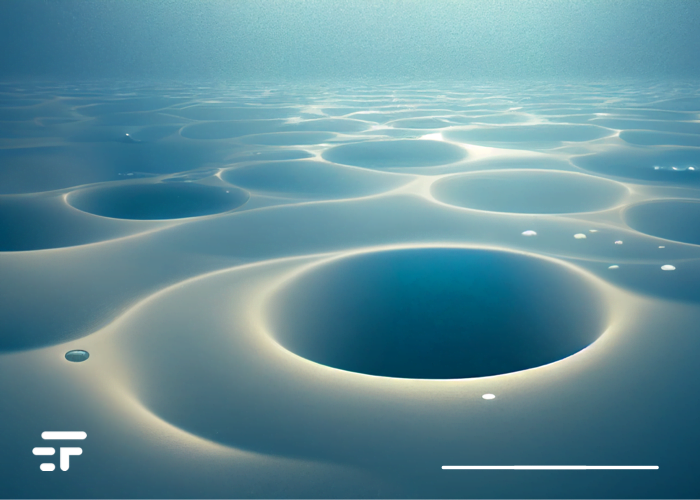 If scientists can find ways to produce hydrogen at low cost and without using fossil fuels, we could see a revolution in clean energy. A new study published in Applied Nano Materials (I link it here) seems to offer good prospects in this direction.

A team of scientists from the University of California has described a relatively simple method of producing large quantities of hydrogen at room temperature. This breaks down the biggest obstacle to the production of hydrogen fuel: the enormous energy needed to produce it.

Water and little else

"We don't need any energy inputs to boil hydrogen," says materials scientist Scott Oliver of the University of California, Santa Cruz (UCSC). And he adds a lapidary "I've never seen anything like it."

This technique also works with any type of water at room temperature, including wastewater and ocean water. The key to the process is the use of metallic gallium to allow for a continuous reaction with water.

The more experienced will know that this aluminum-gallium-water reaction is known for decades. However, the UCSC team has optimized and improved it with the help of scanning electron microscopy and X-ray diffraction techniques.

The researchers were able to find the best mixture of aluminum and gallium to produce hydrogen with maximum efficiency: 3: 1 in favor of gallium.

This alloy obtained, rich in gallium, performs a double action: it removes the "patina" of aluminum oxide that would normally block the reaction with water, and produces aluminum nanoparticles that allow faster reactions.

"Gallium separates nanoparticles and prevents them from aggregating into larger particles", says Bakthan Singaram, professor of organic chemistry at UCSC.

"We have been trying to produce aluminum nanoparticles for some time, and now we are succeeding in conditions of normal atmospheric pressure and room temperature." The mixing method is not complicated, the researchers report, and the material can be stored for at least three months if immersed in the cyclohexane to protect it from humidity, which would otherwise degrade its effectiveness. Plus: gallium can be recovered and reused several times without losing effectiveness.

There is still some work to be done, but ...

The discovery is sensational: it is clear that it will take some time to bring this process to industrial scale, but the method has gigantic potential.

No need to say more.