T. dohrnii is the only biologically immortal species. Now scientists have peered into its DNA to find out what makes this jellyfish live forever. 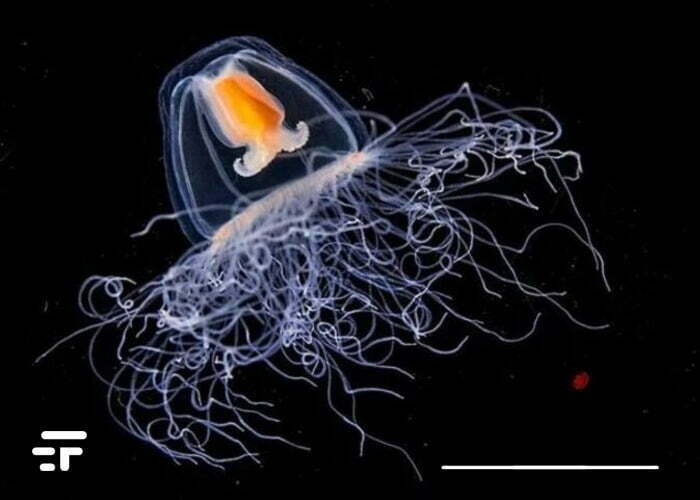 Death is a universal fact of life, Elon Musk says so too. Accept it, it applies to everyone. Except for a jellyfish, of course: as a new study explains, the jellyfish Turritopsis dohrnii it is the only species that can literally rejuvenate repeatedly after sexual reproduction, becoming "biologically immortal".

Its DNA may contain the secret of eternal life.

How does the T. Dohrnii jellyfish cheat death?

È an incredible organic enterprise. Each member of the species is an identical clone and begins life as a polyp that becomes a mature organism called a jellyfish. If a jellyfish gets injured, gets sick or gets old, it turns back into an octopus and restarts the whole process, churning out more clones. Scientists call it "life cycle reversal". It is as if an old person were transformed back into a fetus, or as if a hen returned to an egg.

In a study published Monday in the journal PNAS by researchers ofUniversity of Oviedo in Spain (I link it here), the authors describe how they compared the DNA of T. dohrnii with another closely related but not immortal species of jellyfish. The purpose? Understanding what makes this particular jellyfish special.

And what did they find?

Apparently, there are several differences that contribute to the biological immortality of the jellyfish. Changes, the study reads, which "suggest that T. dohrnii it may have more efficient replication mechanisms and repair systems than other species ”.

The immortal jellyfish has, among other peculiarities, multiple copies of the genes that govern DNA repair and those that govern telomerase. This produces greater cellular plasticity.

Maybe these results will not allow human beings tomorrow (or the day after tomorrow) to become "biologically immortal" like the T. dohrnii, but it's an incredible leap forward in our understanding of aging and how some people cope with it.

Up to defeat him.