A drug that acts on the "breathing" of cells has provided enthusiastic results against cancers now thought to be almost incurable. 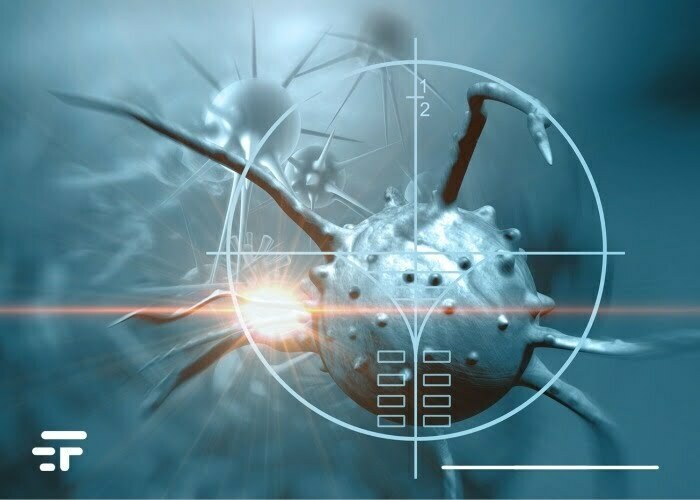 Using a recently developed drug against cancer cells' primary energy source, the scientists of the Max Planck Institute for Polymer Research they developed a new method to destroy them in a few hours. The technique is based on self-assembling molecules. Molecules that become "bulky" within the cellular environment and, as a result, deprive cancer cells of the oxygen they need to grow.

The fundamental research at the heart of this study focuses on one of the most essential metabolic processes in cells, called ATP or adenosine triphosphate. This molecule is the cell's main energy carrier, capturing chemical energy from the breakdown of food and distributing it to other cellular activities.

The characteristics of the new drug

The Max Planck team was able to achieve this through a newly developed drug. Scientists have described it as a platinum (II) -containing tripeptide. When this enters the cellular environment, it responds to the hydrogen peroxide contained within the cells by binding its molecules together to form tiny "hairs", thousands of times thinner than a human hair.

"They are fluorescent formations, you can look at them directly with a microscope as they structure," says the study author. Zhixuan Zhou.

An important feature, which allowed the researchers to observe the entire process of action of the drug. And they observed that these "hairs" prevent oxygen from being converted into ATP. In laboratory tests, application to non-curable metastatic cells of cancer to the lung and breast caused the death of cancer cells in four hours. This is extraordinary news in the perspective of new therapies for cancers that are now incurable.

Because it can also work with cancer cells from incurable tumors

Some types of cancer, the most terrible, are able to adapt to medical treatments and continue to evolve. "We want to prevent that adaptation," says David Ng, another author of the study. "And we want to do this by invading the main pillar of cellular life: the way cells" breathe "by absorbing oxygen, and producing chemical energy for the growth of these cancer cells."

Although the team's experiments focused on the environment within lung and breast cancer cells, the fact that ATP is at work in other cell types suggests that the technology could have wider implications in the development of cancer. much more decisive care.

Scientists note that translating this technology into a safe clinical drug for the human body will take years of extra work. But they are convinced it will lead to new treatments for difficult-to-treat conditions.

The research was published in the Journal of the American Chemical Society, and I link it here. Force!