Here comes the tattoo patch: no pain, even do it yourself, a thousand uses

Painless tattoos, more discreet medical monitoring devices and more thanks to this innovative system based on microneedles 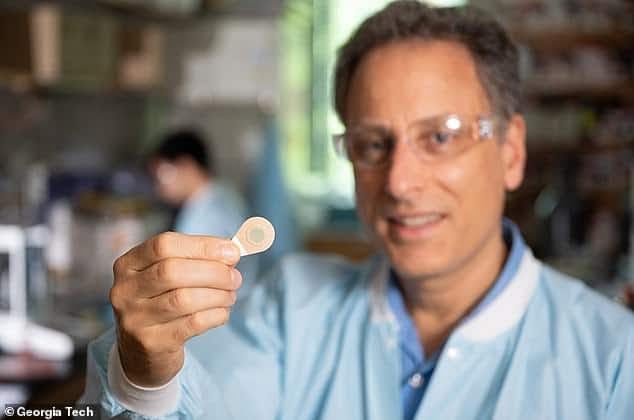 In just a few decades, tattooing has gone from a subculture to the mainstream: tattoo artists pierce the skin with a mechanized needle and inject the ink into the dermis or second layer of the skin. This is not only unpleasant, but also time-consuming.

Now the researchers of the Georgia Institute of Technology have developed a painless, bloodless "tattoo patch" that is so simple that people can even tattoo themselves.

Here is the Press release published by EurekAlert which yesterday presented the technology.

How the tattoo patch works

The tattoo patch consists of microneedles smaller than a grain of sand, and incorporates tattoo ink in a soluble matrix. And obviously it will not be useful only for tattoos: there are many applications, from medical warnings to monitoring sterilized animals, even passing through cosmetics.

The metamorphosis of an ancient art

Tattoo artists, you know, use hypodermic needles to inject ink into the deepest layer of the skin. This can damage the skin and cause blood clots to form, which create bruising.

To prevent infections, the person must take care of the area while working, and also when the tattoo is complete.

The new plaster has tiny microneedles that penetrate the surface of the skin.

"We miniaturized it," says the researcher Mark Prausnitz, "to make it painless, but still able to effectively distribute the ink into the skin. Many people are willing to accept the pain and time it takes for a tattoo, but even more people may prefer a tattoo that is simply pressed onto the skin. and it doesn't hurt. "

A "print" in flesh and blood

To create the patch, the researchers started with a mold on which the microneedles are arranged in a specific pattern.

Each microneedle acts as a pixel which helps create a tattoo image in any shape or design (yes, tattoo artists can continue to work on their beautiful creations). The microneedles are then filled with tattoo ink and a patch holder is added for convenient application.

The microneedles penetrate the surface of the skin, dissolve and release the tattoo ink within minutes.

Inks of various colors can be used, even those that can only be seen when illuminated with ultraviolet light.

Microneedles are designed to act only on the most superficial layers of the skin avoiding nerve endings and blood vessels. And this makes them painless and safer than hypodermic needles.

The tattoos made for this studio have still been there for at least a year and are likely to be permanent. In summary: a more than viable option without the risk of infection or pain associated with traditional tattoos.

Tattoo patches can be used as health monitoring devices. The presence of inks visible only in ultraviolet light or with particular temperatures also offers patients a certain privacy, revealing information only when they wish. Microneedles can also be filled with temporary inks for short-term medical purposes.

Coding information on animal skin can also benefit from new tattoos. Instead of cutting an ear or applying an ear tag to animals to indicate, for example, the state of sterilization, a painless and discreet tattoo can be an alternative.

Not bad, it should be said.