Layer by layer, these drones 3D print structures made of foam and concrete in a technique that could transform construction sites and areas hit by natural disasters. 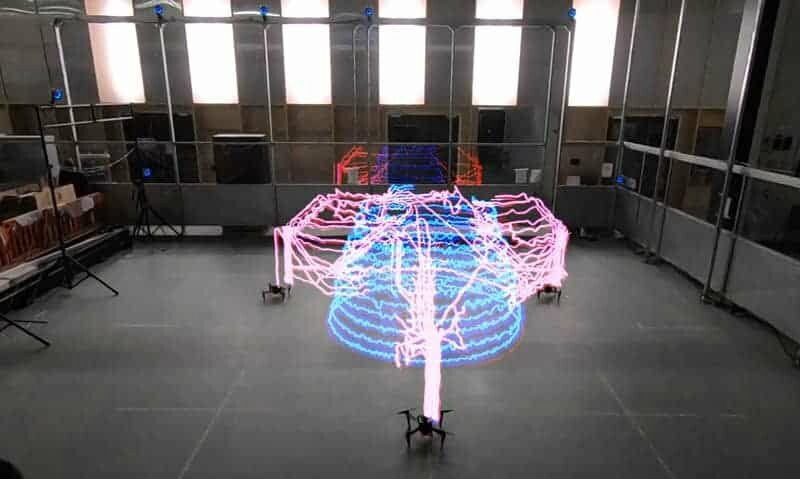 in Architecture, Technology
⚪ Reads in 3 minutes

Dozens of labs around the world are paving the way for a future of construction sites where swarms of drones "cooperatives" will work together to create large 3D printed structures made of foam or concrete.

Progress in this field could also lead to the construction of extremely tall or intricate buildings, or structures such as bridges, without the need for supporting scaffolding or large machinery.

Construction sites for buildings built "on the fly"

"theoretically we could build anything", he says, not without emphasis Robert Stuart-Smith of the University of Pennsylvania. Only constraints? Drone logistics and (obviously) structural engineering. No more scaffolding on construction sites, however.

The idea of ​​employing swarms of "worker" drones on construction sites draws inspiration from biomimicry: to be precise, from the observation of wasps and termites. "When something very big has to be built," say the researchers, "usually many animals in nature work together."

The standard "team", in this case, would consist of at least three drones. Two operational (to take over) and a third equipped with cameras and sensors, to supervise the work and adjust the construction phases as needed.

Each of the drones can operate for up to 10 minutes before having to recharge the building materials (or the battery, depending on the situation).

In laboratory tests, illustrated in an article in Nature that I link to you here, the researchers managed to coordinate the flight paths of up to 15 drones, making them work together to build a dome.

Construction site drones can make autonomous AI-driven decisions about where to fly and how to store building materials, but they still require human supervision.

These "workers" drones will be very useful, and not only in normal building. I see them as interesting in post-disaster reconstruction operations in remote areas, or for dangerous (hopefully rare) projects like the repair of the Chernobyl concrete sarcophagus.

Can you imagine a "flock" of these businesses building up houses one after the other? Incredible.