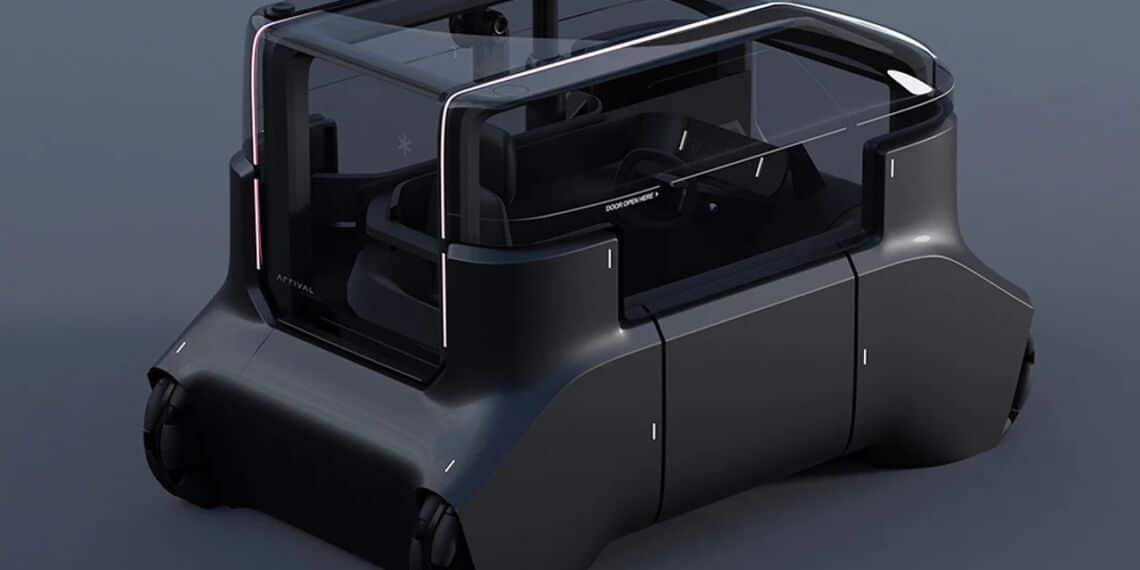 in concepts
⚪ Reads in 4 minutes

The future is a platform. The car is increasingly becoming a starting point to be expanded with different configurations as needed. Today we have rather limited options, but the advent of autonomous vehicles will free up space in the cabin and give manufacturers the ability to radically change construction processes and form factors.

For some time I have been following the interesting experiments of Arrival, a design studio that has already collaborated with important players in the automotive sector (including Volvo) to explore the still virgin territory of the multi-purpose and autonomous vehicles that will populate the streets of the future. An interesting work, as mentioned, which has already produced respectable concepts, like this one spectacular tram for the recovery of German rural areas.

Arrival ANT is no exception, and fits rightfully among the approaches that show the transport revolution in cities that are too heavily trafficked today.

Voice of the verb to become

ANT is a modern electric vehicle that carries passengers one day and transforms into a heavy-duty roof rack the next day, changing both shape and size.

This freedom comes from the philosophy with which it was conceived: as a modular platform. And the facts the heart of the concept by designers Mingwei Liu and Benjamin Miller is in the different modules that can be hooked to the electric vehicle on request.

Developed thinking of sophisticated but chaotic urban scenarios (the designers cite the example of London), the design is ultra-customizable to face both main roads (perhaps carrying heavy loads) and narrow streets where a means of transport with reduced dimensions is more congenial.

The car of the future is a service center

The designers looked beyond mere commuting needs, and also focused on the utility aspect of the vehicles. They considered, for example, the needs of shop owners, delivery suppliers, packers and movers, entrepreneurs, vendors, restaurateurs and more.

A research that pursues the megatrend of "living transport", the transport that can be inhabited. Given that the concept of "small car" will be upset (the car will not only offer transport and little else), the vehicles will become service centers. We can sleep, eat, play and work while they take us around.

To facilitate a wide range of needs, ANT can change shape and increase its interior spaces by three times or more.

The only limit is the imagination

ANT has several modules that can be connected to the main vehicle for a variety of uses. You don't need different vehicles, everything is done on the same platform. Agile and functional.

Let's say that I buy the ANT platform, or it is given to me on loan for use. Paying a figure (or an annual subscription) I have the right to add one or more additional modules when I want to make ANT become what I need. The applications? Infinite, both professional and commercial: from delivery to mobile restaurants, passing through the transport of passengers or goods, nothing is precluded.

He is confident that modular and autonomous vehicles will play an important role in the future of transport. This is especially true as the population continues to grow and traffic is increasingly congested (there are already those who are starting to tax it). With modular vehicles, passengers can travel together in large groups, thus reducing the number of cars on the road. Autonomous vehicles eliminate the need for human drivers, which means that even more cars can be removed from our roads. These two factors alone highlight the great potential.

Let's see in what times, and in what form, this epochal transition will take place.