Life on Venus, the first private mission only has 5 minutes to search for it

A tiny probe, a single instrument on board and 5 minutes: the ingredients of the ambitious attempt to find life on Venus in 2023. 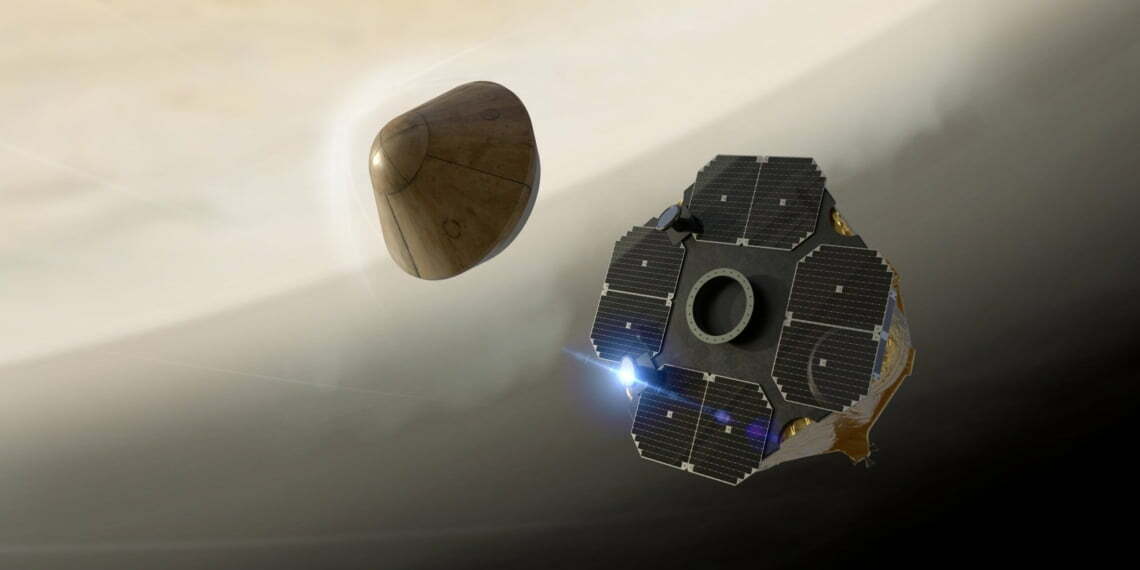 A reconstruction of the Photon spacecraft

in Spazio
⚪ Reads in 5 minutes

In the middle of the pandemic period, at the end of 2020, someone managed to raise their eyes to the sky and take an interest in Venus. Astronomers had made a discovery that was unbelievable: a gas called phosphine among its clouds: on Earth it is created by biological processes. Open heaven: science on the hunt for evidence and hypotheses of all kinds. A later study questioned the takeover, but interest has now sparked.

NASA e European Space Agency (ESA) they selected these missions to travel the planet and investigate, among other questions, whether its condition could or could have sustained life in the past. China and India are also planning to send life-search missions to Venus. "The phosphine reminded everyone how poorly this planet was," he says Colin Wilson of the University of Oxford, one of the leaders of the European ESA mission for Venus, EnVision. And so, off to the race! We will have our answers at the end of this decade or the beginning of the next. Or...

Astronomers would like answers before the next 10 years, and also Peter Beck, CEO of the New Zealand launch company Rocket lab. For this Beck and a group of MIT are in contact to carry out a private mission in search of life on Venus, which could start as early as 2023. Who has time, do not wait time. And, worst-case scenario, the next launch window after this would be January 2025.

Beyond the presence of phosphine, if there was life on Venus (scientists agree) could be in the form of microbes inside tiny droplets of sulfuric acid floating high up in the planet's atmosphere. Although the surface appears largely inhospitable, with temperatures warm enough to melt lead and pressures similar to those at the bottom of Earth's oceans, conditions about 45--60 kilometers above the ground in Venus' clouds are significantly more temperate.

Hunt for life on Venus in 2023: the details of the mission

From plans already in the public domain (you find them here) we know that Rocket Lab has developed a versatile and multipurpose small spaceship called Photon, the size of a dining table. It will be used to launch a small probe into the atmosphere of Venus.

The probe is under development at MIT. A team of about 30 people, led by Sara Seager, is taking care of the production down to the smallest detail. If the mission is successful in the launch scheduled for May 2023, Photon will take five months to reach Venus, arriving in October 2023.

It is the simplest, fastest and cheapest thing ("only" 10 million dollars, a no brainer in these cases) that can be done at the moment: it costs 2% of each of the other planned missions to Venus.

If the Photon spacecraft is small, think about the probe: 40cm in diameter (15 inches), 20kg in weight (45 lbs). Its cone-shaped design incorporates a heat shield at the front - it's the core of the whole mission.

This shield will have to withstand the intense heat generated when the probe, released from the Photon spacecraft before arrival, hits the Venusian atmosphere at 40.000 kilometers per hour. In the probe, a single instrument, weighing 900 grams (2 pounds). Is called autofluorescent nephelometer, and will flash an ultraviolet laser on droplets in Venus' atmosphere to determine the composition of the molecules within them.

What if it discovered organic particles? Even that would not be a final test of life on Venus, but certainly a very important step forward that will give impetus to subsequent missions.

The Rocket Lab-MIT mission will be short. Very short. The spacecraft will only have five minutes to examine the clouds of Venus, radioing its data to Earth as it plummets to the surface. If it were to survive the crash (which will happen after about an hour of falling) the probe could send data even after, but it is almost impossible.

Jane Greaves, who conducted the initial study of phosphine on Venus, is looking forward to the mission. "I'm very excited," she says, adding that there are "great chances of detecting organic materials, which could mean that life on Venus is there."

The next few years will be crucial: to buy time, among the planned future missions there are different solutions. One foresees the presence of aerostatic balloons between the clouds of Venus, which can carry out longer analyzes.

"It would take an hour," Seager says, "to look for complex molecules and not just their possible fingerprints."

Yet another point scored by the presence of private individuals in the space race: entrepreneurs, initiatives and resources that can fill the gaps of state bodies even with smaller vehicles, as in this case. Will private individuals discover life on Venus? Maybe. Maybe not.

But it's worth a try.