Artificial blood can repair cell damage caused by lack of oxygen. It could make transplants easier, treat heart attacks and strokes, and even reverse cell death. 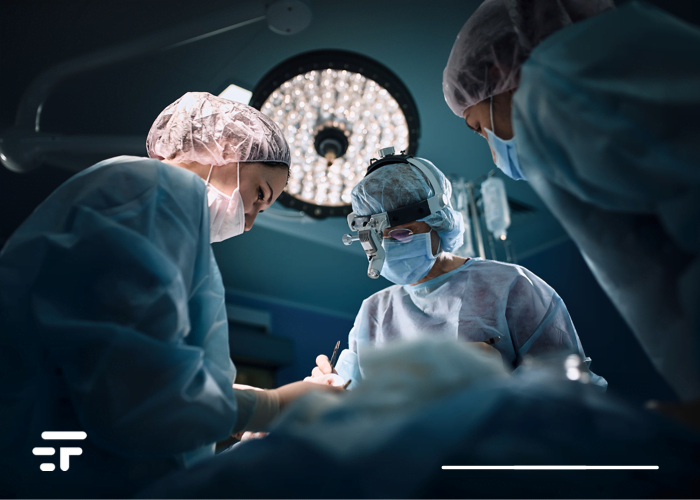 in Medicine
⚪ Reads in 5 minutes

A procedure that repairs damage to cells after the heart stops pumping blood could lead to more organ transplants. Not only that, but also the best treatments for heart attacks and strokes. One day it could even save the lives of people who, today, would be considered dead.

The method team tested the method on pigs only. It consists of connecting an animal to a pump that perfuses its body with an artificial blood substitute, containing oxygen and a mixture of other chemicals to prevent cell death and promote repair processes.

"We have shown that cells don't die as quickly as we thought, which opens up new possibilities for intervention. We can get cells not to die," he says. Zvonimir Vrselja of the Yale School of Medicine.

Currently, people whose heart is collapsing can be linked to heart-lung machines, which oxygenate the blood, remove carbon dioxide and pump it back into the body.

But if a person's heart stops while they are out of a hospital, their cells and organs deteriorate rapidly from a lack of oxygen. His chances of survival plummet. The blood becomes more acidic due to the accumulation of CO2 and many harmful substances are released.

The new system, called OrganEx (we introduced it briefly in this post), dilutes the animal's blood in a 1 to 1 ratio with an oxygen-carrying artificial blood substitute, has the right acidity and the right levels of electrolytes and other biochemicals. In addition, 13 drugs are added to the compound.

These are existing or experimental drugs. These include compounds that thin the blood to prevent small blood vessels from being blocked by clots, drugs that block a cell death process called necroptosis, and others that have anti-inflammatory effects.

The blood substitute is also an unusual compound because it does not contain red blood cells, which normally carry oxygen bound to a protein called hemoglobin. Instead, the fluid contains a compound called Hemopure, a form of hemoglobin obtained from cow's blood.

In 2019, Vrselja and her team reported that their system was capable of reverse signs of cell death when connected to pig brains, four hours after their beheading. In the latest study, we wanted to see if the fluid could help reverse the damage that occurs in other organs after death. This is why it was tested on whole bodies.

The pigs were put to sleep with a general anesthetic and given ventilators to control breathing. Then their hearts were electrically stopped and the fans were turned off, at which point they would be considered normally dead.

After an hour, treatments began to try to restore cell function. Six pigs were connected to the OrganEx system and six more were connected to a normal heart-lung machine as a comparison, with both groups' body temperatures reduced to 28 ° C to help reduce damage. There were also three other control groups, in which the animals were not given any treatment.

After 6 hours, the extent of blood flow was measured by injecting a dye and scanning the animals. Pigs undergoing the OrganEx treatment had better blood flow to organs than animals undergoing a heart-lung machine, in which many of the smaller blood vessels had collapsed.

Tests on animal cells and tissue samples showed that those treated with OrganEx had lower cell mortality. Again: they had restored the functioning of the cells, based on measures such as the amount of glucose they could metabolize.

Artificial blood: will it be used for human transplants?

According to the team, the system's first practical use could be to keep organs destined for transplants healthier for longer. In this way they can be transported for longer times between deceased donors and the people who need them.

Peter Friend University of Oxford says the first results are promising. The best way to assess the health of animals' organs, however, would be to transplant them into another animal. "Only in this way can you see if they work," he says.

The system could also be used to help people who have had a heart attack or stroke - when the blood supply to the heart or brain is reduced - by perfusing one of these organs with the healing fluid. "If he can resuscitate an organ that has sustained a normally fatal injury, then potentially it will be very exciting," says Friend.

Hunt for a way to escape death

Stephen Latham, a Yale University ethicist who served on the research team, argues that the prospect of "reversing death" - for example, in treating someone sometime after their heart has stopped due to drowning - it is still far in the future.

"Many more trials would be needed," says the expert. "The perfusate would have to be adapted to a human body. And one would have to think about what state a human would be brought back to. If they were given a perfusate that reverses some, but not all, damage, it could be a terrible thing."