The Ukrainian conflict has destroyed part of the world and displaced millions of people, but above all it has given huge profits to the oil companies. What's now? 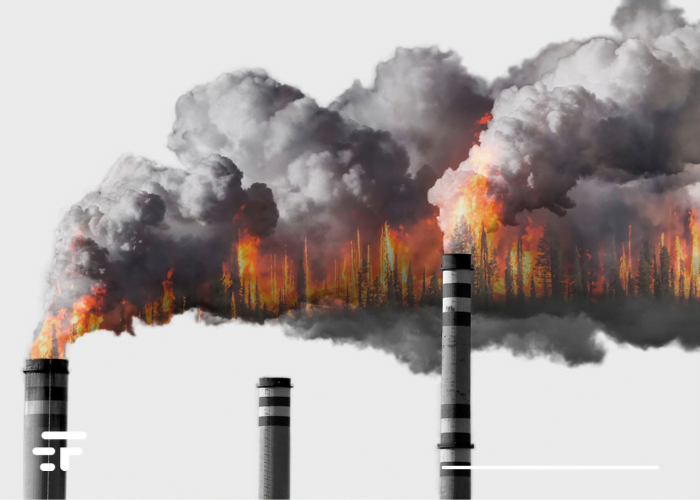 in Energy, Weather
⚪ Reads in 4 minutes

Imagine capitalism as a fantastic robot infallible in one specific task, but totally incapable of everything else. An example above all? Global capitalism does a great job of extracting fossil fuels from the earth, refining them and shipping them around the world for profit through oil companies.

A system so tested and effective that for a century it has fueled the industry and consumption of this planet, with all that they have produced. There is only one problem: this system is killing us. And (back to 'capitalism') it seems almost impossible to turn it off.

The profits of the oil and gas companies over the past three months they were amazing. Exxon Mobil it made profits of 18 billion. Shell e Chevron they made almost 12 each. They are record numbers, similar for all.

I didn't tell you about another feature of this system: nations can collapse or thrive more easily than multinationals. The big oil companies are literally flying above the clouds of world chaos, without worrying about the situation at all: indeed, enjoying it.

You might argue that the price of oil goes up and down, but it does so only in appearance. Its short-term volatility is just a screen for a general trend that has always lasted, at least for the last 50 years: since 1970, oil companies have made nearly $ 3 billion a day. Everyday.

They are not profits born from a "free market" that exists only in fairy tales, but from the exact opposite: monopolies, cartels, agreements, political control. The oil companies have so much money that they influence the energy and military policies of the planet, to soothe public opinion and to keep our dependence on fossil fuels always standing. Despite the increasingly serious climate change, now under everyone's eyes.

The world is burning, and the oil companies keep pumping

What is happening is a formidable test: no existential crisis will make this "machine" shut down by itself. We have to do it, or it will kill us all.

Capitalism is not designed to think of several generations, or of a greater good. It is designed to make maximum profit, and in this specific case to squeeze every last barrel of oil on the planet, until it makes a profit. The sick logic of this system also makes a madness such as destroying the planet and then exploring the cosmos to go elsewhere consistent, but it is a ridiculous illusion.

An illusion that costs much, much more than those 3 billion dollars a day. These are the costs of the climate crisis affecting the world today, and which will continue to do so for generations to come if we do nothing.

The fact that such a system is totally unable to properly assess the cost-benefit ratio of oil clearly shows our need to get rid of it.

This is not just an industry that offers a good to satisfy a demand. He is a pusher who works every day to keep us enslaved to a toxic and lethal drug. He works to keep up the politics that makes him survive, he works to hide the social and health costs of all this from us. It is a problem to be removed.

How can this dynamic be changed?

Set a ceiling on the price of oil and gas? Apply an increasingly stringent carbon tax? I know, you are thinking this is obvious. And it is. And you also know why although it is obvious it has not yet been seriously applied.

The faster these rules would be applied, the sooner there would be a true energy transition. The problem is not ideas, but politics. Politics sabotaged with a sea of ​​money.

We need radicalism, it's hard to say but that's the way it is. For those with money, it takes the courage to divest from this fossil industry. For those who don't have any, or for young people, you need to go to the streets much more, and much harder.

Because this is a war for survival.